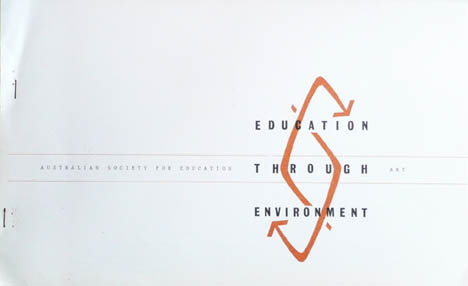 Dirk Bolt, a Canberra architect and I collaborated in the design and writing of a schools booklet for the Australian Society for Education through Art. Perhaps my first venture into writing and illustration – a copy is in my other folders.

It could well be that Sarah’s organisation in Melbourne has its roots in this group.

It was the beginning of a design approach to art in Australia but all our efforts have been a struggle because of the walls around the teaching profession – tradition and professional resistance (apathy, ignorance ?) is deeply embedded in the system. It might slowly be breaking down through the efforts of a very few like Noeline and Lola – we had an awakening in 2014 with a few essays by me, but it requires a great effort to achieve anything and we all are getting old and tired. I am now 91, Noeline and Lola have lost their husbands and this retrospectivity is arousing great sadness in me for the lost potential of what could have been possible. Scattered sparks do not seem to create fire.