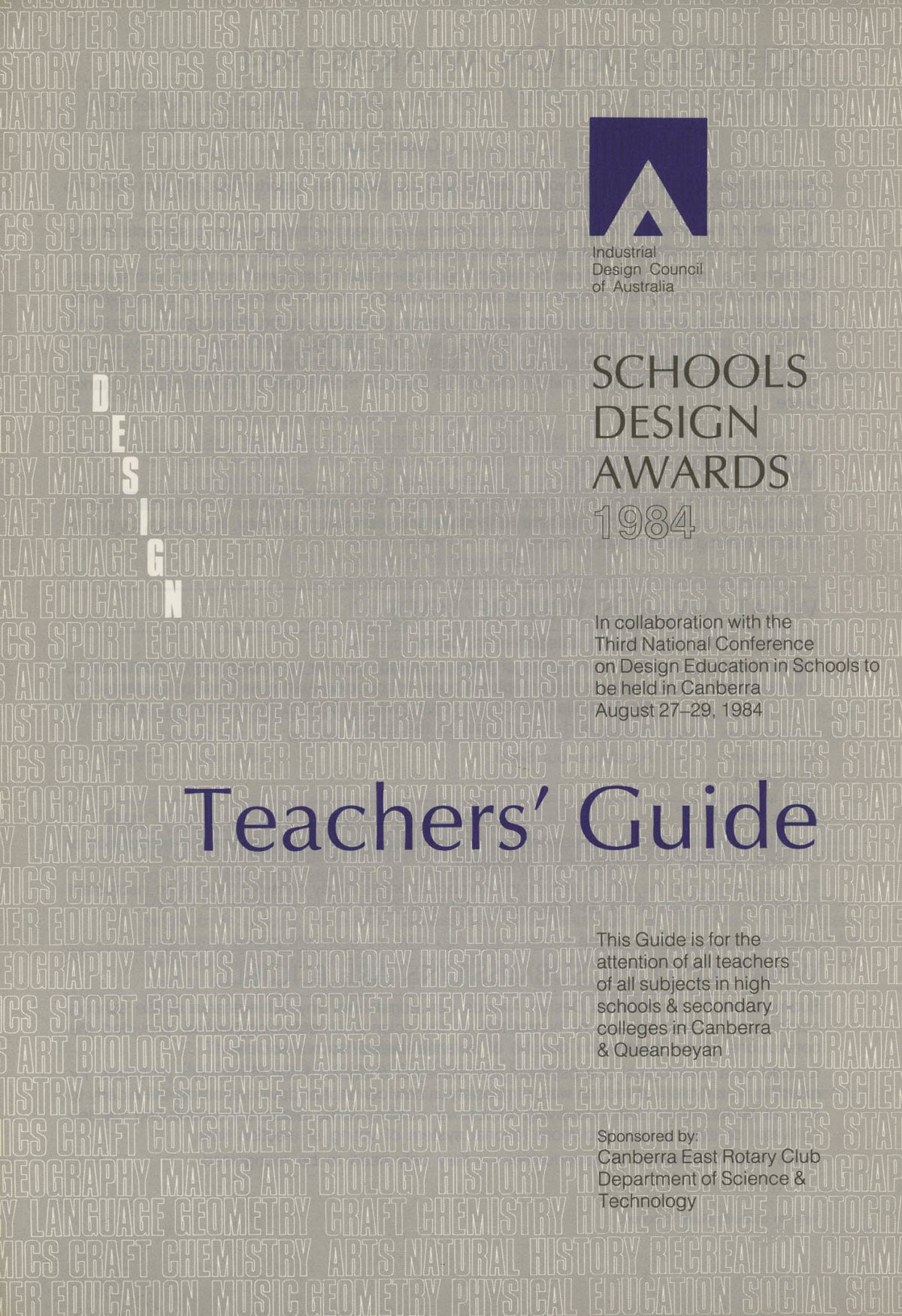 When I was Chair of the ACT Committee of the Industrial Design Council of Australia ((about 1980 – 85) I instigated the Schools Design Prize to stimulate collaboration between the Arts teachers and the Industrial Arts teachers in all the ACT and Queanbeyan secondary schools. The Canberra East Rotary Club and the Dept. of Science and Technology assisted us financially but notably the Dept. of Education did not.

It was timed to coincide with the Third National Conference on Design Education in Schools held in Canberra, August 1984.

The response from schools was reasonable considering the number of schools in the ACT and Queanbeyan but I didn’t detect any high degree of enthusiasm from teachers although the students who became involved were very keen to display their inventiveness. The final responses were not earth shattering but indicated that given more encouragement from the schools the results could have been better.

To the best of my knowledge this was the first and last time that such a venture was tried in Australia.

The two folders explained all the conditions with examples and ideas to stimulate students’ creativity. Talks to schools were given.

Copies of the two folders are in my files showing much more information inside. 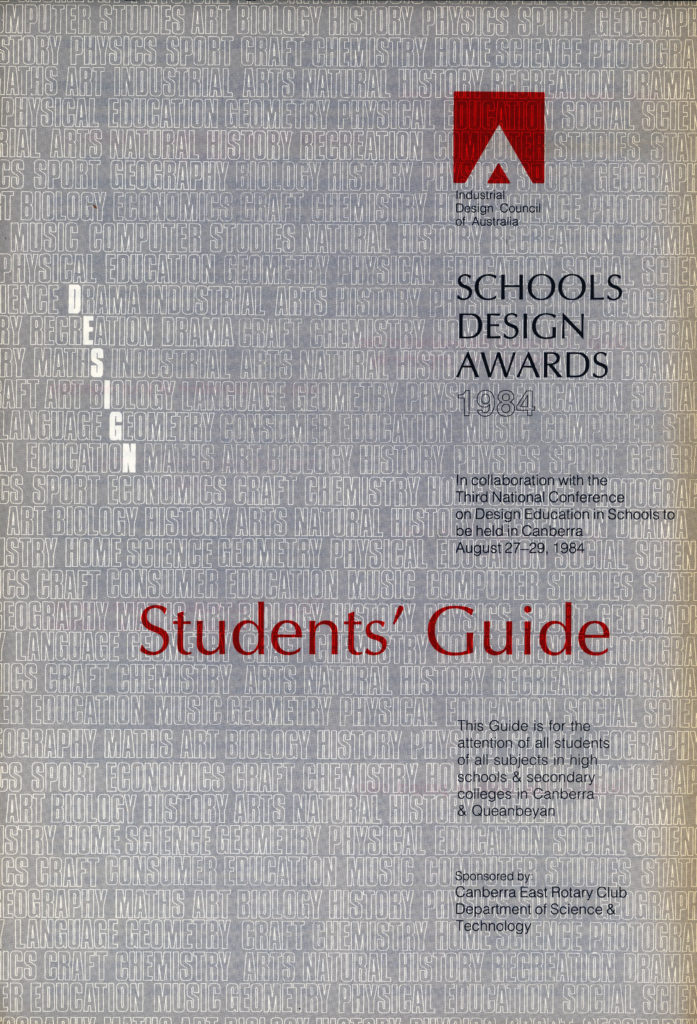