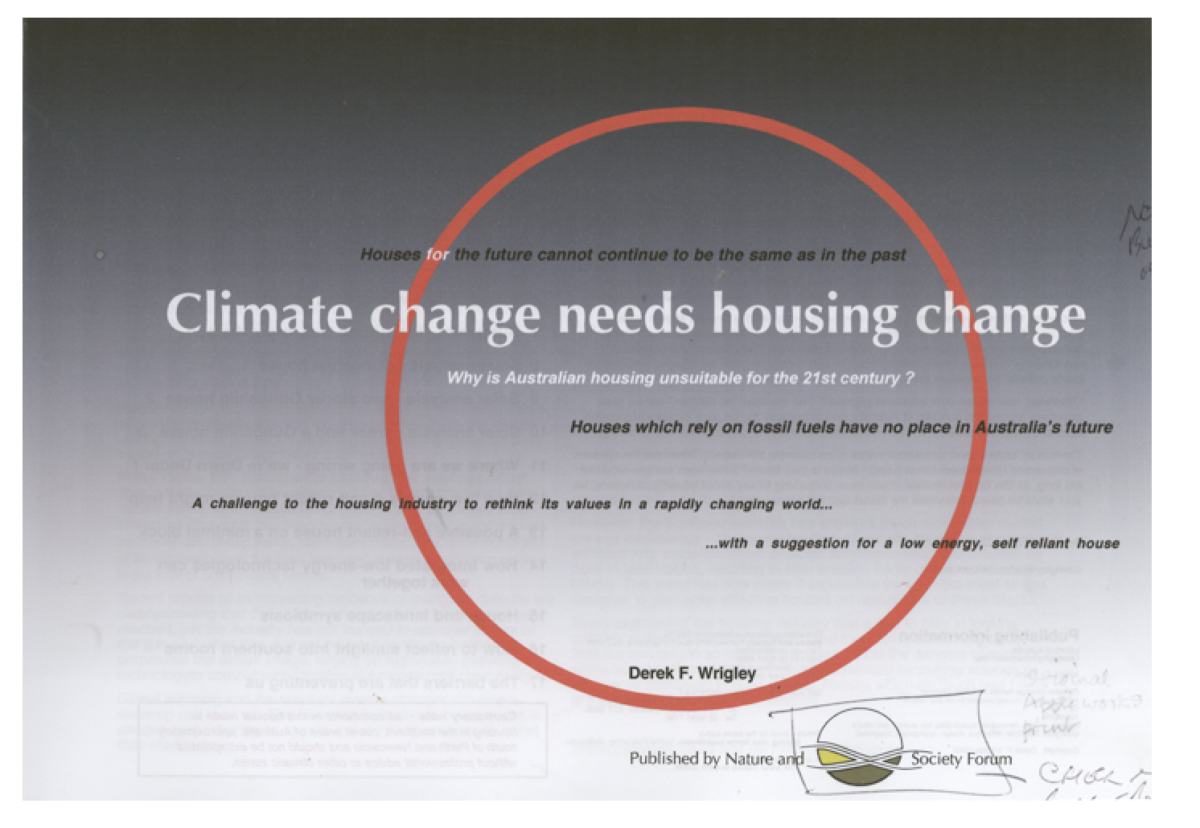 Self published critique of the deplorable standard of planning and housing design in ACT showing how planning of our suburbs could be improved to make it easier to design and build more energy effective houses in the same space using the freely available natural energy sources.

This followed on from my 2004 Making your home sustainable book but concentrated more on the planning aspects.

The response from the housing industry was a deafening silence, houses in the 21st century becoming much more concerned with frontal stylism, larger garages often occupying the sunniest northern frontage from bad planning, black roofs with the concomitant air conditioning system.

The housing industry is probably the largest and the most widespread of Australian industries and if it put its mindset into gear it could make the most significant contribution to reducing the output of atmospheric pollution.

Perhaps there may be some recognition because the Australian Institute of Architects initiated in December 2015 the ‘ Derek Wrigley sustainable housing Award’ (without any forewarning or discussion ! A nice compliment, but……)