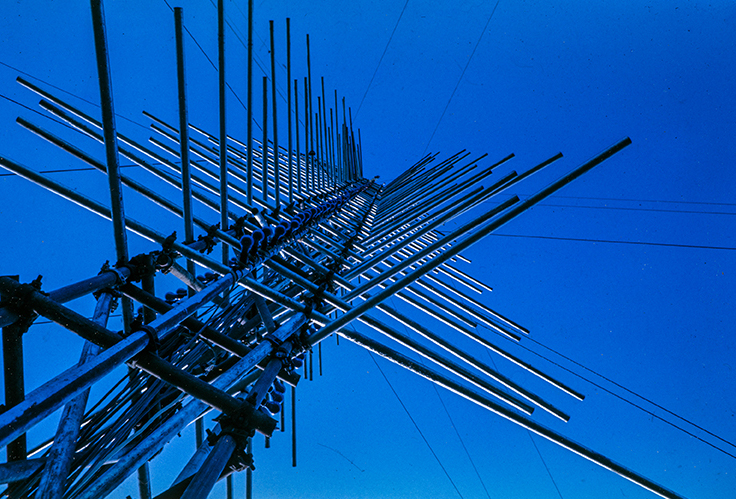 I was asked as University Architect to collaborate with the ANU Arts Fellow at the time – Stan Ostoja Kotkowski who was a sound and light sculptor.

At the festival several jazz bands were to be playing at various times and Stan wanted to arrange a display of synesthesia – a string of coloured lights ranging through a spectrum from dark brown to light blue with the appropriate colours lighting up when their specific frequencies were played in the music. 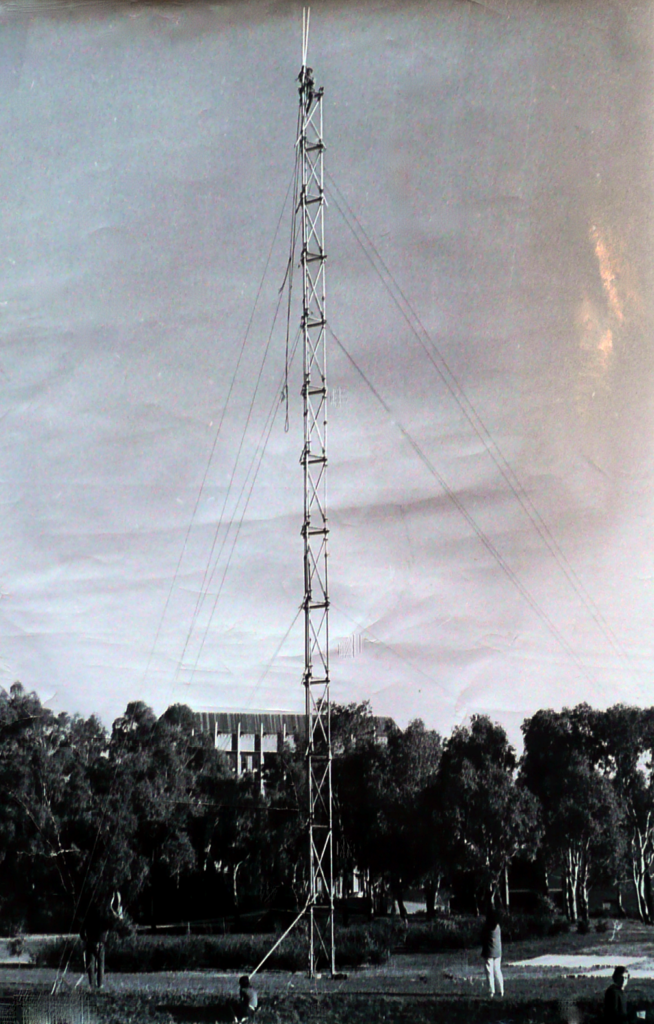 Browns, reds and orange would respond to the lower frequencies of the cellos and bassoons, trumpets probably yellows, through the greens and blues to flutes and piccolos as very light blue.

It was a dazzling display and great fun, particularly at night, but underneath all the fun and sparkle it was a vivid display of the close relationship between art and science through colours and sound frequencies.

The Chancelry (built in 1963) is in the background and my office was in the Chancelry Annexe just to the left of the photo. The Chifley Library is behind the photographer (me). This photo shows the structure on the way up – cross tubes yet to be added – see later colour photos ….

I designed the tower as a scaffolding structure 100’ high and found a scaffolding firm who would build it for us. One man built the whole thing by himself in a couple of days and must have had a very good head for heights. He really deserved a bravery medal ! He can be seen right on top in the photo. Just another example of how designers are only as good as the skill and abilities of other people who can translate concepts into reality. 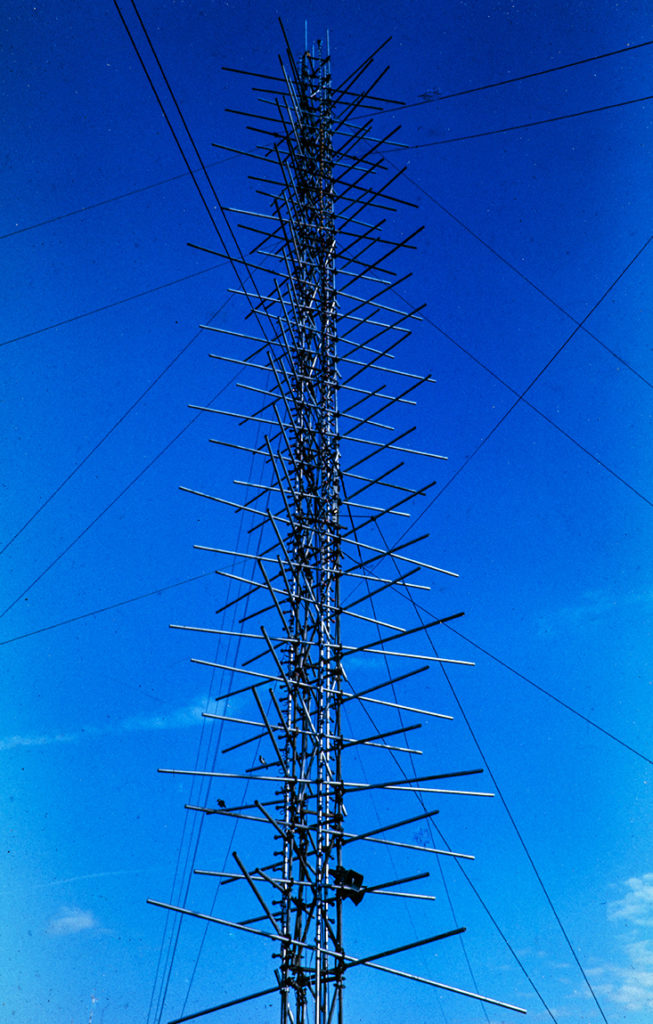 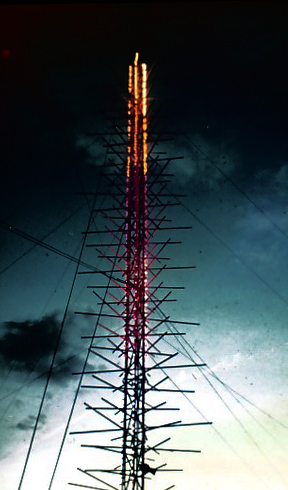 The only photo I have showing Ostoja’s coloured lights which responded to the frequencies of the sounds of the jazz bands playing on the ground below. It was a wonderful display of synaesthesia which received little media comment.

WOW – I look back at what I have been responsible for and I marvel at my audacity. The relationship between this tower and my ‘sea urchin’ sculpture series  around 1973 is quite interesting.

It was really a stimulating combination of sculpture and musical sounds and shows a remarkable collaborative effort between myself and Ostoja K.

In hindsight this tower was quite an achievement yet it hardly featured in the student film taken at the festival and I have found no reportage on it anywhere..