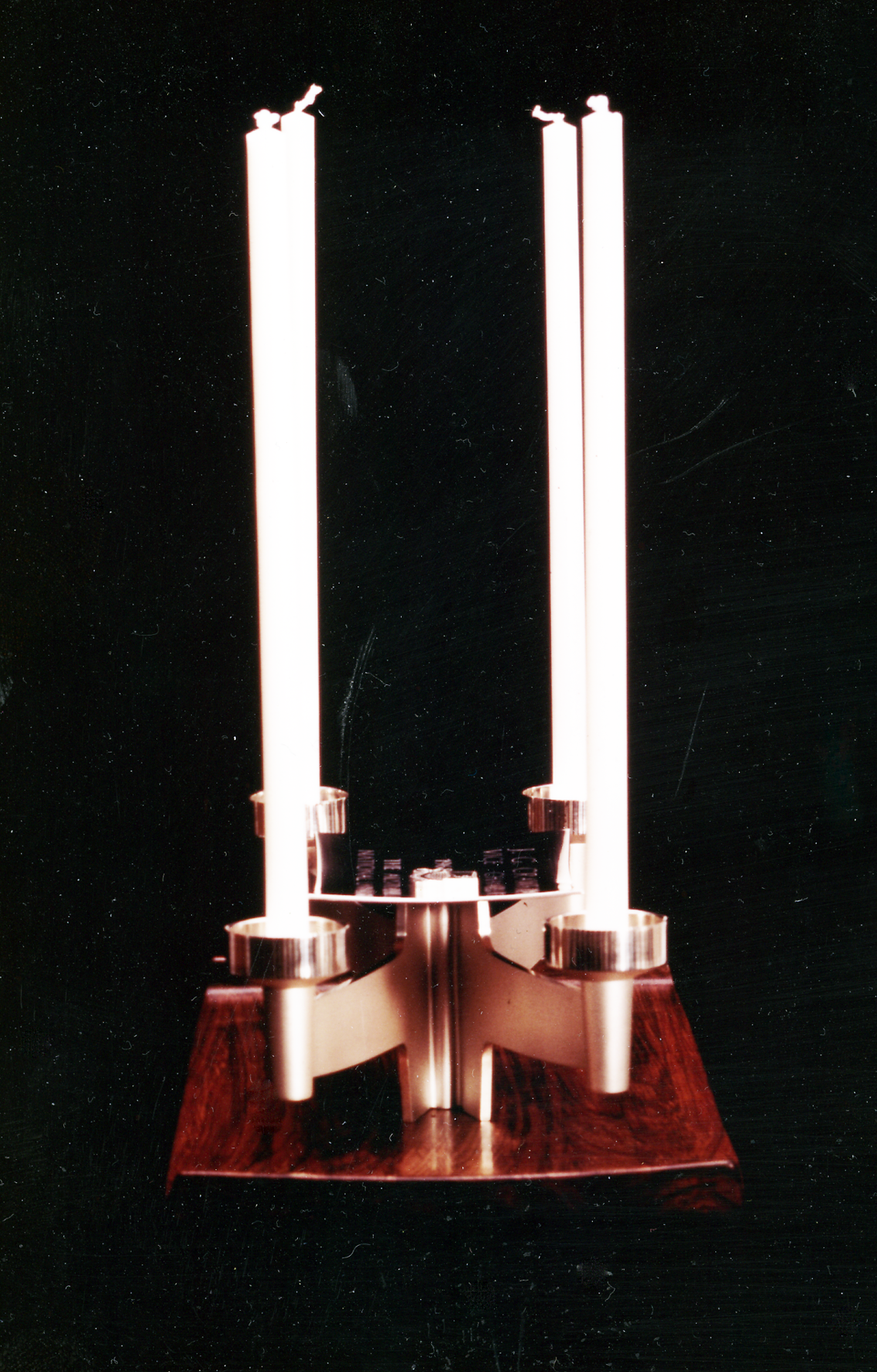 Sir John Crawford retired as Vice Chancellor in 1973 and I was asked to design and get made an appropriate farewell gift. I designed the silver candelabrum for his dining table and it was made by Peter Darling (wood) and Frank Burden (silver) in RS Physics Workshops ANU.

They made an exquisite example of superb workmanship. (refer to my paper on Craftsmanship in the early 1960s in which Fred, John Scollay and I clarified what we felt were the more precise definitions of Craft Designer, Craft Worker and Craftsman. We felt strongly that the word Craftsman was being devalued by common usage which was imprecise and did not usually recognise distinctions between the three areas of skilled effort.

I have always been pleased with the form of this piece and have looked back with some pride at my role of Craft Designer – Peter and Frank were the real Craft Workers who translated my design.