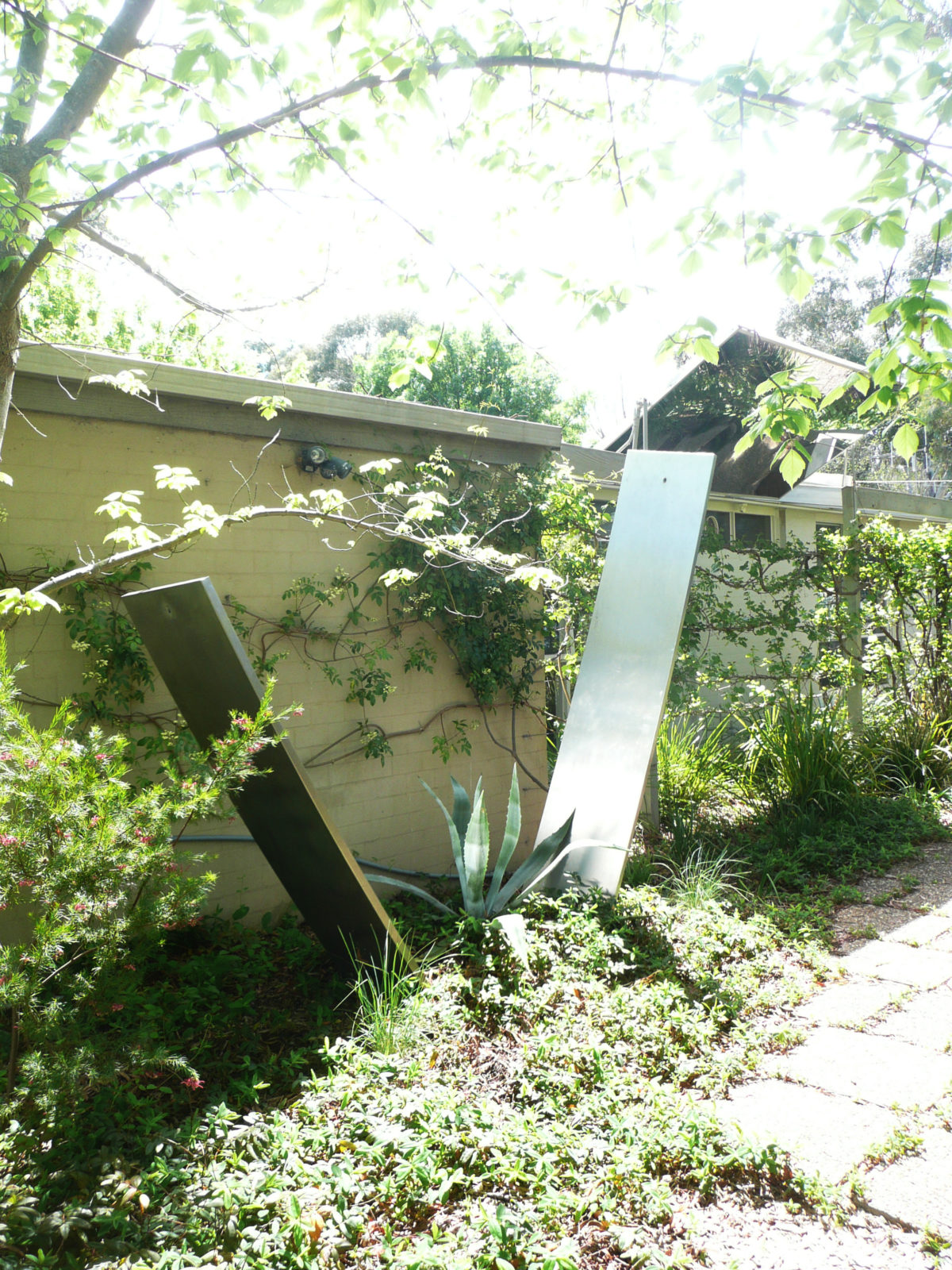 The two panels were originally part of a sculpture that I bought while at ANU as one of three pieces we attracted through an advertisement to all Australian sculptors in the hope of finding some unknown young sculptor who needed an opportunity.

Ken Unsworth submitted this form which was erected near the Chifley Library originally and subsequently in front of the Drill Hall. Unfortunately young children used to play on the lowesr ‘wing’ element of the sculpture and it fractured in the centre. It lay in the Maintenance yard for a couple of years and eventually they said I could take it away.

It lay around at Burra for a while until the ‘light bulb’ moment arrived with the new house in Mawson in 1991. I had found some aloe vera yuccas and one of them inspired me to combine the three elements together into my ‘Focus’ sculpture on the south face of the house facing Shackleton Circuit. I like to think (somewhat symbolically) that the ‘wings’ focus the sun onto the yucca on the early morning and late afternoon – some reflection can be seen on the nearest leaf.

The tilted panel behind the wings is my CHP1 (Combined Heat and Power) model in its summer position with the northern side being photovoltaic panels facing the sun generating electricity for our house from October to April..

When rotated in October the mirror side becomes vertical in winter, facing north reflecting the warm sun into the room through the window equal to about 6kWh on a sunny day- even in mid-winter.

When the PV side faces south (no sun) in winter the daylight is sufficiently powerful to generate about 27% of its capability = 0.276kWh on a sunny day.

In this way the CHP1 theoretically should be capable of generating about 1.34 MWh of useful energy per year depending upon the weather.

To this should be added the unquantifiable psychological benefit of the sunlight penetrating the main bedroom = worth millions !