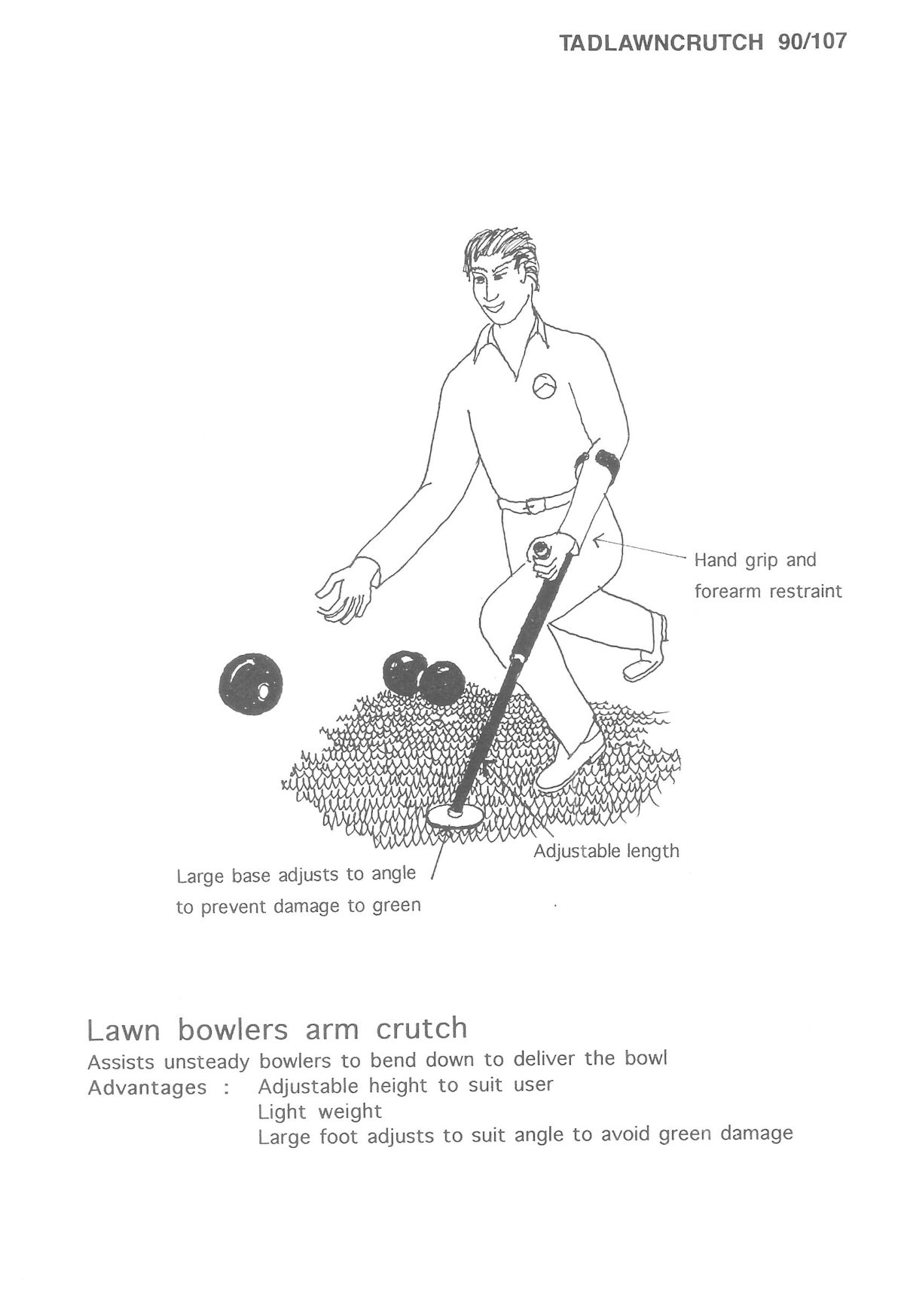 This design arose logically from the need for the Tadlawnbowler device as many elderly people had difficulty getting up after bending down to deliver the bowl. Walking sticks made holes in the lawn so a device was needed to avoid this.

The forearm crutch ensured a degree of stability and the swivelling pad at the bottom automatically spread the load preventing any damage to the green.