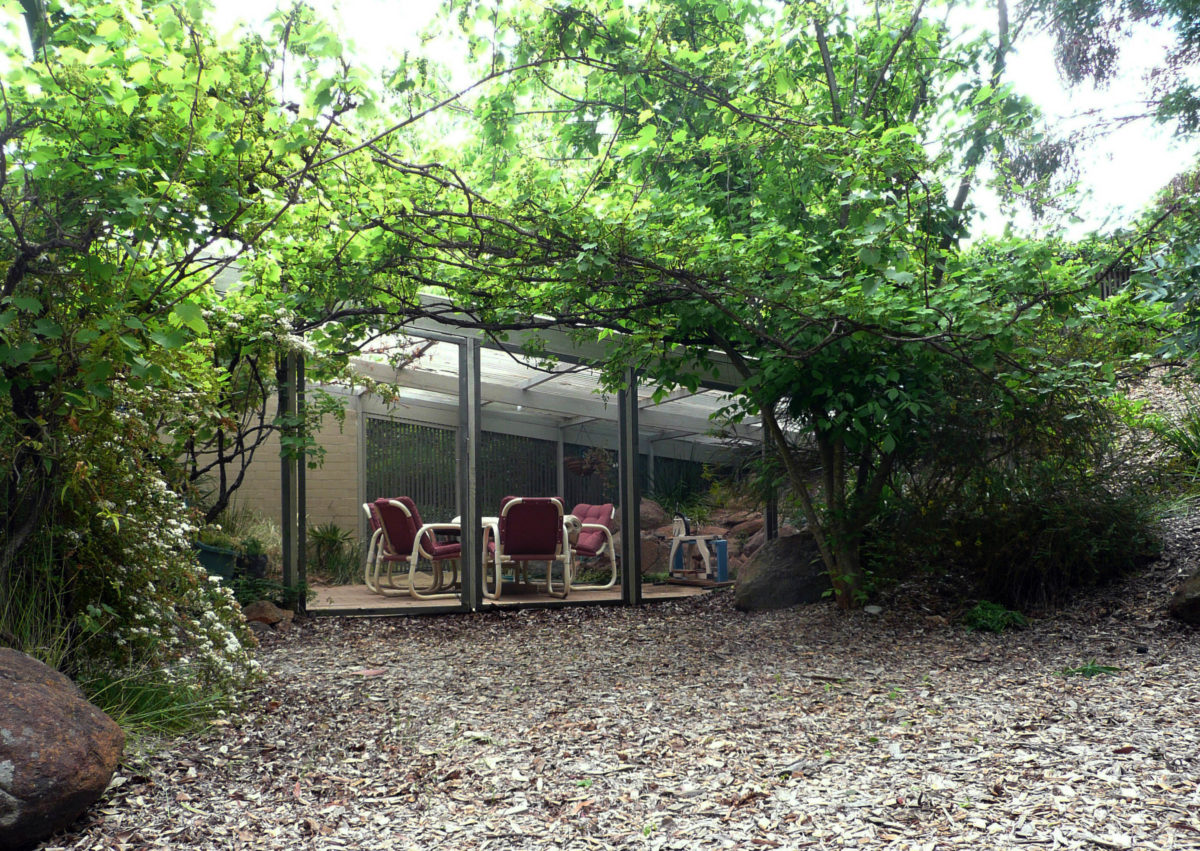 Northern vine canopy (looking West) in November 2009 outside my study, showing the extent of shade achieved – not so visible is the large volume of cool air obtained underneath the vine over the complete northern face of the house.

The deciduous vine canopy in summer helps to retain a large storage volume of cool air next to the house. It also keeps the cool air against the glass thus reducing the heat transfer into the interior (assisted by the double glazing to a small extent.

This combined system of deciduous vine and removable / adjustable Coolaroo shading has proved the most successful in its solar function so far. The large volume of cool air captured under the vine is extremely valuable around 6pm after a hot day when all the vents are opened and the buoyancy effect starts up to cool the interior structure – the air flow can just be perceived and it is so quiet and consumes no energy at all.

The vines were planted around 1992 and took a good 3 years to be in any way effective as an overhead shade medium. When the time came I installed tension cables from the pergola to the embankment which have worked well with turnbuckles fitted to adjust the tension.

The vines get heavier with age and sag a bit which worries Maxine but I like the low feeling it gives. The atmosphere under the eastern vine is particularly captivating – beautiful shade, helped by the ever-larger trees.

The only mistake I made was in letting the vertical vines grow up within the pergola area – they now interfere with the retractable Coolaroo blinds recently installed.

I have often thought that I should have planted real grape vines but on second thoughts I think the weight of the grapes would be too much for the tension wires – advice to the unwary who may wish to use this idea. I should have installed a rigid framework instead. 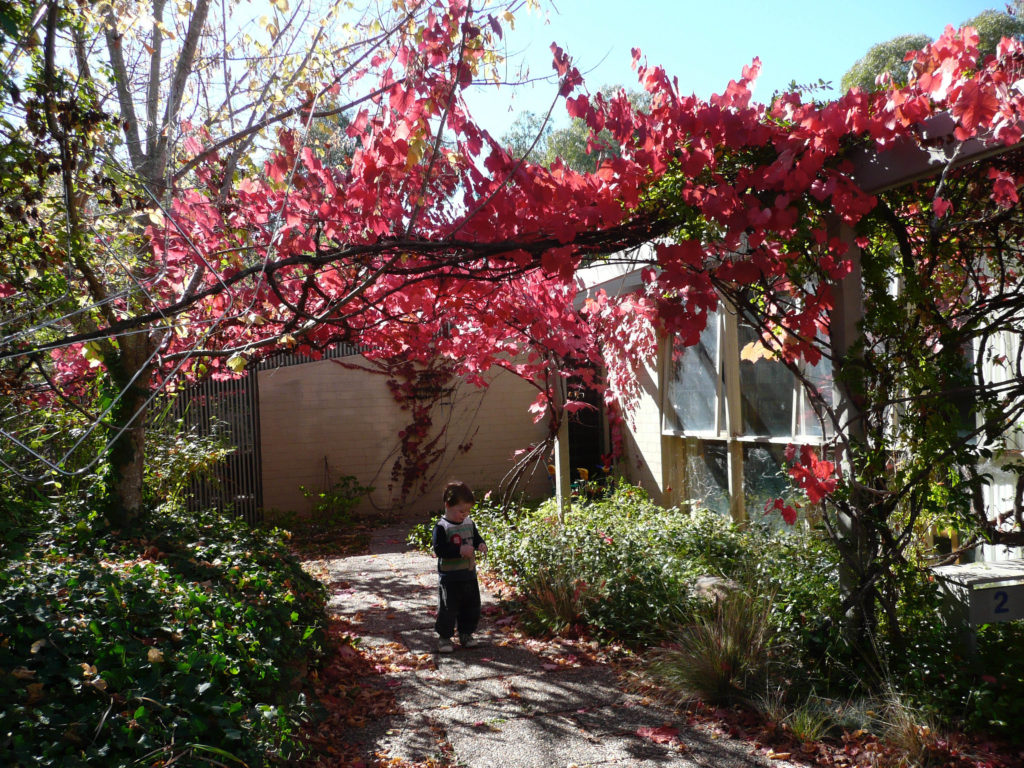 The Northern vine outside the living room in its glorious magenta colour at the Western end of the house in April 2013 – with Luke.  The vine leaves are starting to fall letting the autumn sunlight into the window at just the right time when needed – it is wonderfully symbiotic.