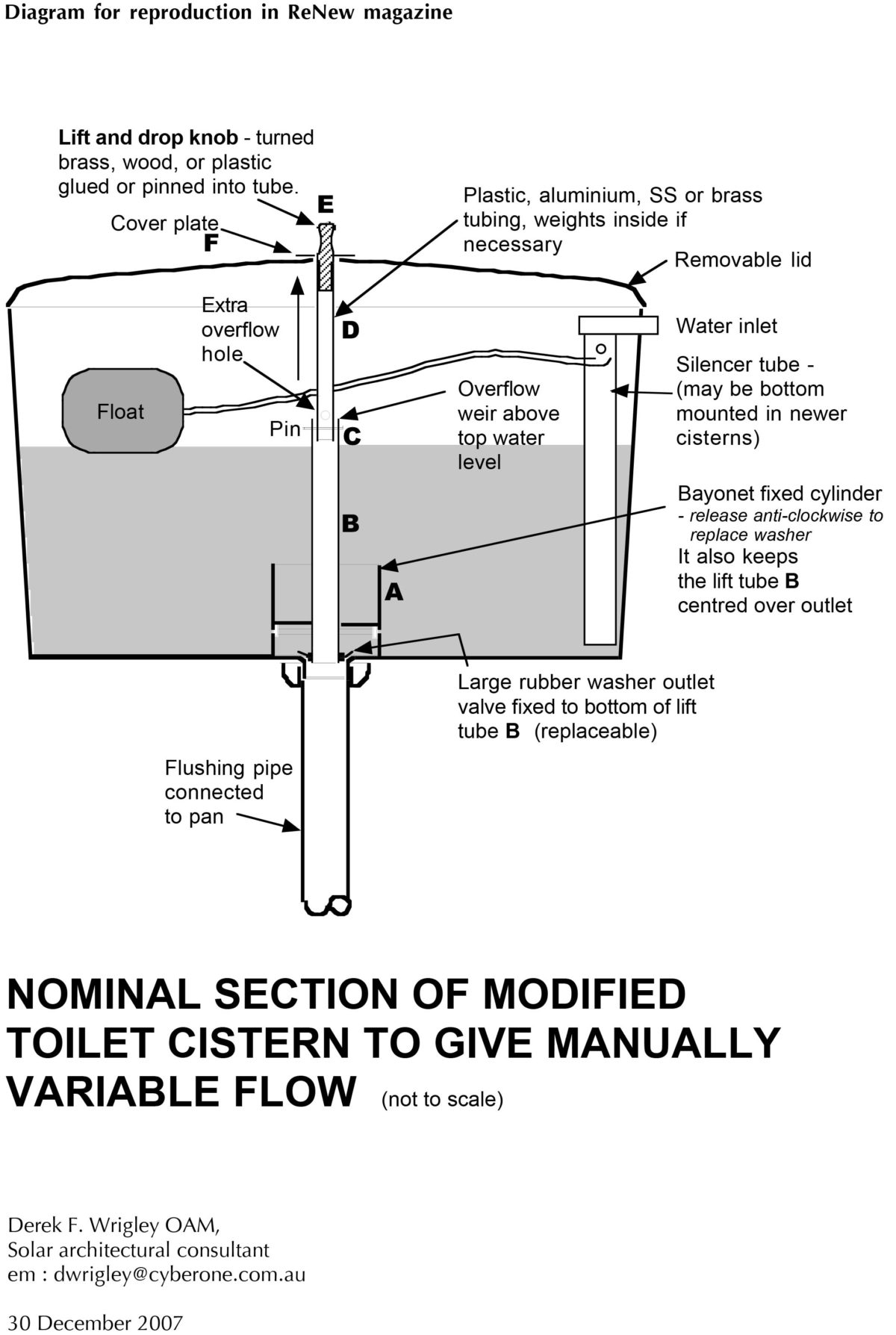 The WC cisterns installed in the house in 1984 were a single push button which released about 8L of water per flush. This was an excessive waste of water and after the rainwater tanks were installed in 2004 I altered the flushing mechanisms to a simple lift and drop which enabled the amount of water to be controlled.

It is simple, much cheaper to make and quieter in operation and it saves a great deal of water – from an estimated 112L/day down to 18L.

ACTEW and Caroma were informed but no response was received from either I have not seen a commercial cistern with this mechanism anywhere. Don’t they care ?

Publicised in ReNew magazine in 2007.