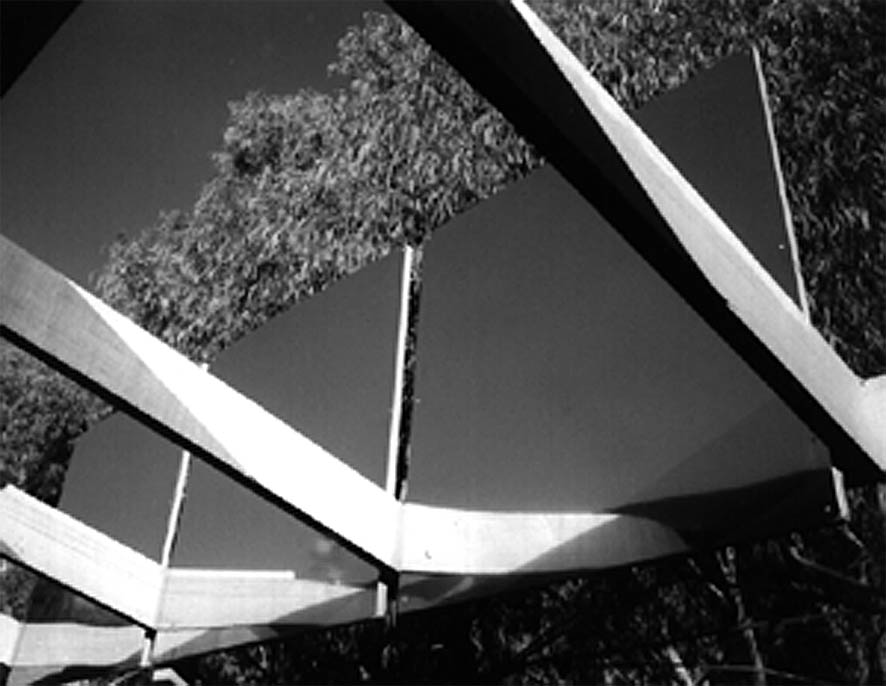 After moving into the Mawson house in 1991 a quite fortuitous action with a hand held mirror in the southern garden outside the dining room gave me the idea that reflected sunlight had great potential for putting free heat, light and cheerfulness into southern domestic rooms which traditionally were cold, cheerless and consequently not fully used as they should be. The psychological and physical advantages were beginning to dawn on me and I was excited about developing its potential.

It was not favoured by the Body Corporate committee because of its appearance but I just ignored it on the grounds of essential research which would surely be justified.

I put 3 more panels (polished stainless steel) outside the main bedroom on the existing pergola and the full height windows – unusual in southern rooms, proved advantageous.

It does have a few limitations such as – its use is limited to single storey houses, but its valuable inputs, on analysis, far outweigh its small limitations.

Further research over the next 23 years has justified my designs.

These reflectors are, I believe, still the only ones of their kind in the world and it saddens me that the housing industry does not appear to have the slightest interest in its potential. However, I have designed and successfully installed 10 WinterSun adjustable reflectors in houses around Canberra, Goulburn and the Blue Mountains (see Other reflectors in this segment). 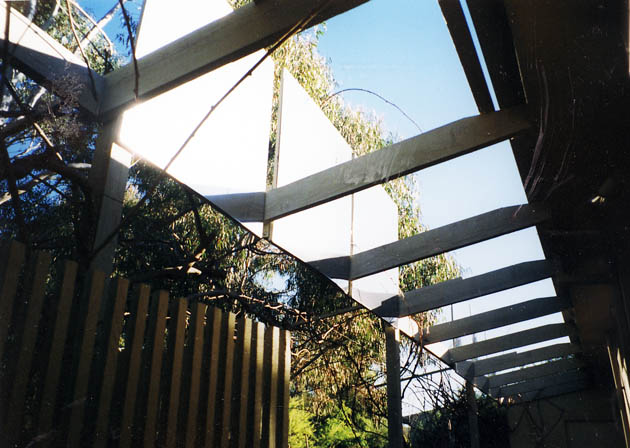 – clearly demonstrating their effectiveness as simple, fixed reflectors.
The nearest reflectors were later replaced by the heliostat and that part of the pergola was taken down.

The reflectors outside the bedroom were replaced with the CHP1 system (Combined Heat and Power 1) which is still working very well. 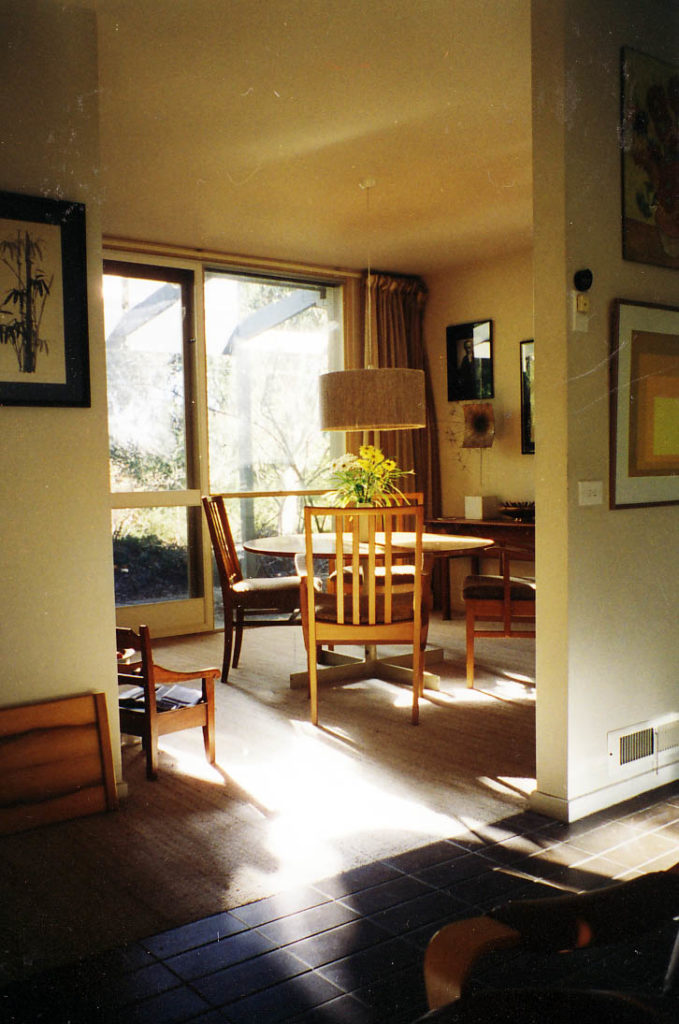 The sunlight on the carpeted area shows the extent of the reflection from 3 fixed panels (showing in photo above) entering the southern window. The effect on the dining room was magical !

The sunlight on the floor and wall (bottom right of photo) is sunlight from the northern kitchen window.

Emeritus Professor John Sandeman did some calculations for me, based upon some sunlight intensity readings I took with an instrument borrowed from ANU Physics indicating that the panels were 47% efficient in reflecting heat into the southern rooms through the glass, allowing for dirt on all surfaces and double glazing.

However, the psychological effect was even more encouraging – the sunlight made the rooms more attractive and livable, thus making the house area more useful and larger – all very subjective and virtually impossible to quantify.

Two factors required more research – how to optimise the area of reflectance so as to use the sunlight more effectively – the movement of the sun needed an area of mirror longer than the target window(s) and secondly the mirrors are only in use for half the year.

The heliostat (see Retro 6) and the CHP1 (see Retro 9) were designed to overcome some of these problems and were largely successful.

Note also that Southern Reflectors have now been renamed ‘WinterSun’ to fit in with my EcoSolar concept for a complete new or retrofitted house involving over 20 separate items which can be separately or collectively be used to save energy or resources in a typical single storey Australian residence.

See also my papers showing developmental sketches and thinking on my computer :

It should also be noted that despite requests for grants or financial assistance to carry out these researches to ARENA little interest and no assistance was forthcoming. 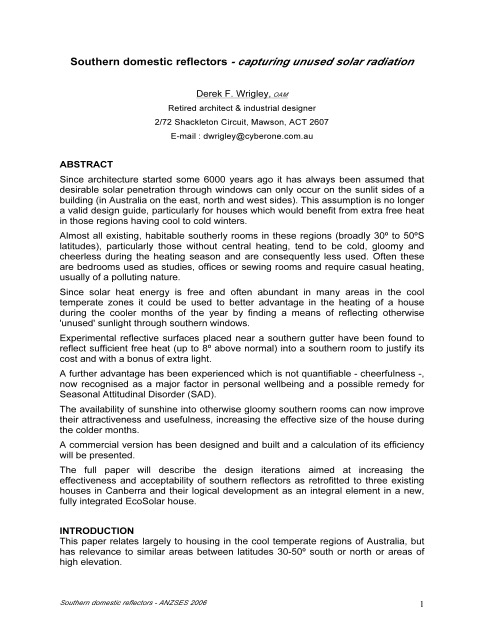