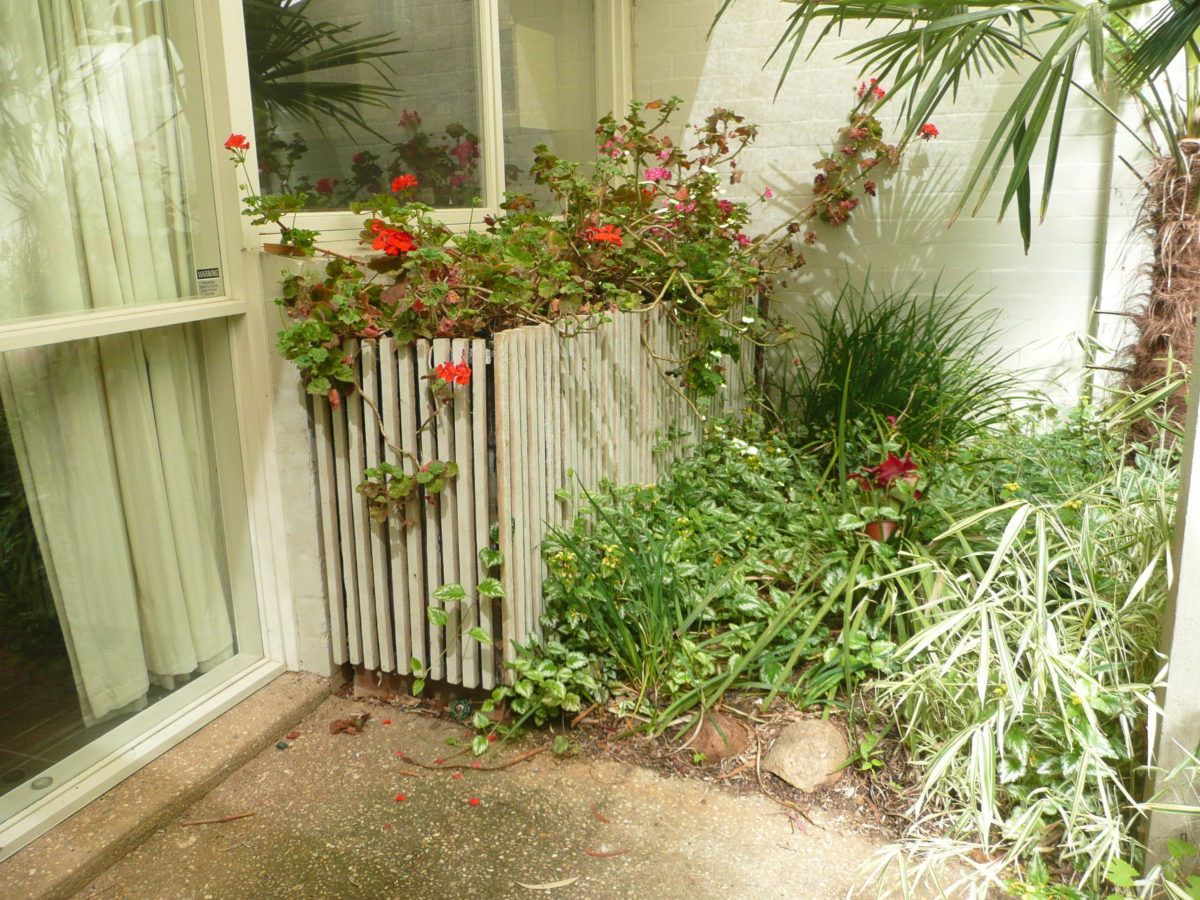 This was a concept to make a secondary use of the washing up water which was usually discharged into the sewer system every day. Some 10-15 L of useful water containing nutrients, + a very small amount of soap or detergent was being wasted when it should really be returned to the earth to help maintain the water table.

I designed a system based on the gravity flow of the sink discharge which could be retained in an initial tank to cool down before being discharged into a second tank where aerobic bacteria could get to work assisted by an aquarium air pump. The discharge from this tank would then be distributed by small diameter outflow tubes into the garden below.

Above the tank system was a galvanised steel tank for plant pots forming a planter box below the kitchen window which to this day has a glorious display of geraniums.

The system worked quite well for about a year but I was not prepared for the vigorous growth of the bacteria which began to clog up the undersized connecting tubes between tanks. The system was designed for maintenance cleaning but while the bacteria were enlarging my own body was slowing down and the pioneer spirit was waning.

I eventually discontinued the system and returned the plumbing to its normal discharge to the sewer after about 5 years and simply enjoy the geraniums.

You can’t win everything. However, if I had more energy I would redesign the system and try again but feel that the answer may well lie in electroflocculation. Unfortunately, I have moved on to other more critically urgent interests and this project awaits others who have more energy. See also Retro 17 Greywater UV treatment system on workshop roof