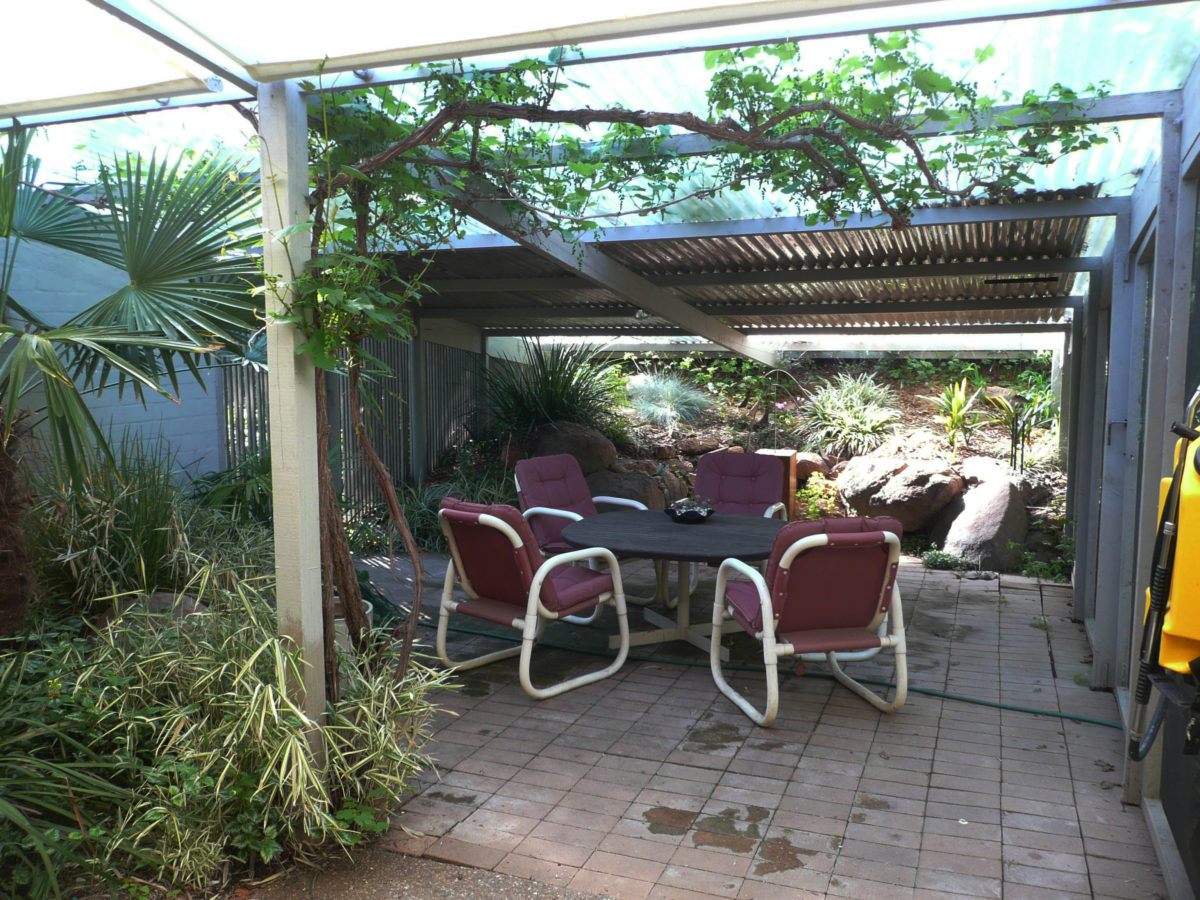 View of the garden room from the family room in summer with the shade cover over the central part.

The northern garden space outside the Mawson kitchen was not thriving due to the shade imparted by the embankment and the developing trees – the grass was patchy and the plants somewhat weak. I imported some very large rocks and built a more interesting rockery and a garden room around it with a transparent polycarbonate corrugated roof which allowed the maximum sun to penetrate for the plants.

The west wall was of closely spaced tomato stakes backed with flywire for privacy and the east wall just flywire so that we could enjoy the view of the reserve. The east panels were removable but we have never done so – freedom from mosquitoes is important when enjoying the outside. (When I arrived in Canberra in 1957 there were very few mossies around but the advent of the lake in the 1960s changed that). The flywire allowed cross ventilation and a small gap was made between the house gutter and the corrugated roofing to allow any collected heat to escape.

The roofwater from the roof served to water the rockery garden but the shading from the growing trees above has always been a problem and this part of the garden has never developed fully – maybe we don’t water and/or fertilise enough !.