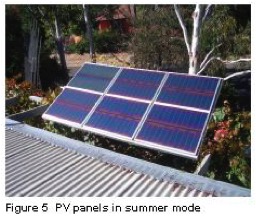 A special version of my southern reflector “WinterSun” range which is horizontally pivoting so that it serves as an adjustable angle reflector in winter (roughly mid September to mid April) and an adjustable angle photovoltaic panel in summer (roughly from mid September to mid April) – the turning times being weather dependent.

With today’s high efficiency panels that output could be increased and using thin film (TF) panels the cost could be reduced and the whole panel made lighter in weight. Re-design is under way but difficulty in obtaining suitable TF panels is a problem. (2015).

One interesting fact I have discovered is that the PVs seem to be most efficient when at a flatter angle than prevailing recommendations – judged by the ammeter output alongside the panels An angle of 25-30º seems to give the best electrical output. 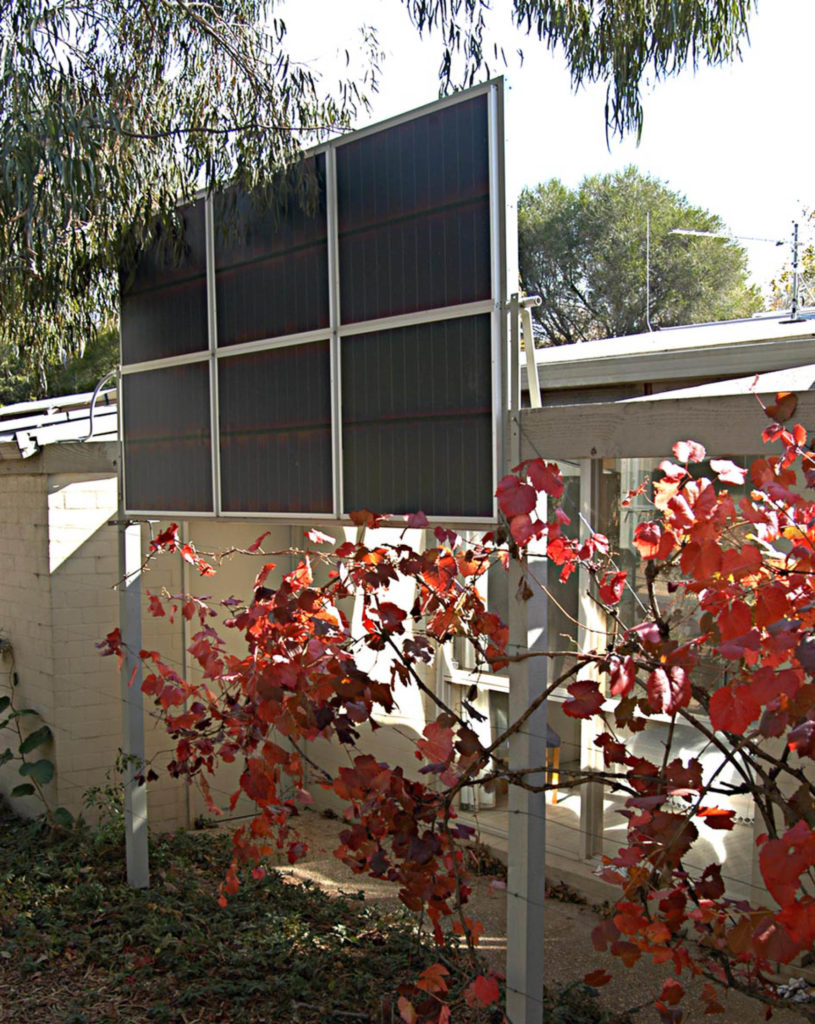 I haven’t had time to record the figures however – its on my TO DO LIST.

Read at the ANZ Solar Energy Society conference at ANU 2006.