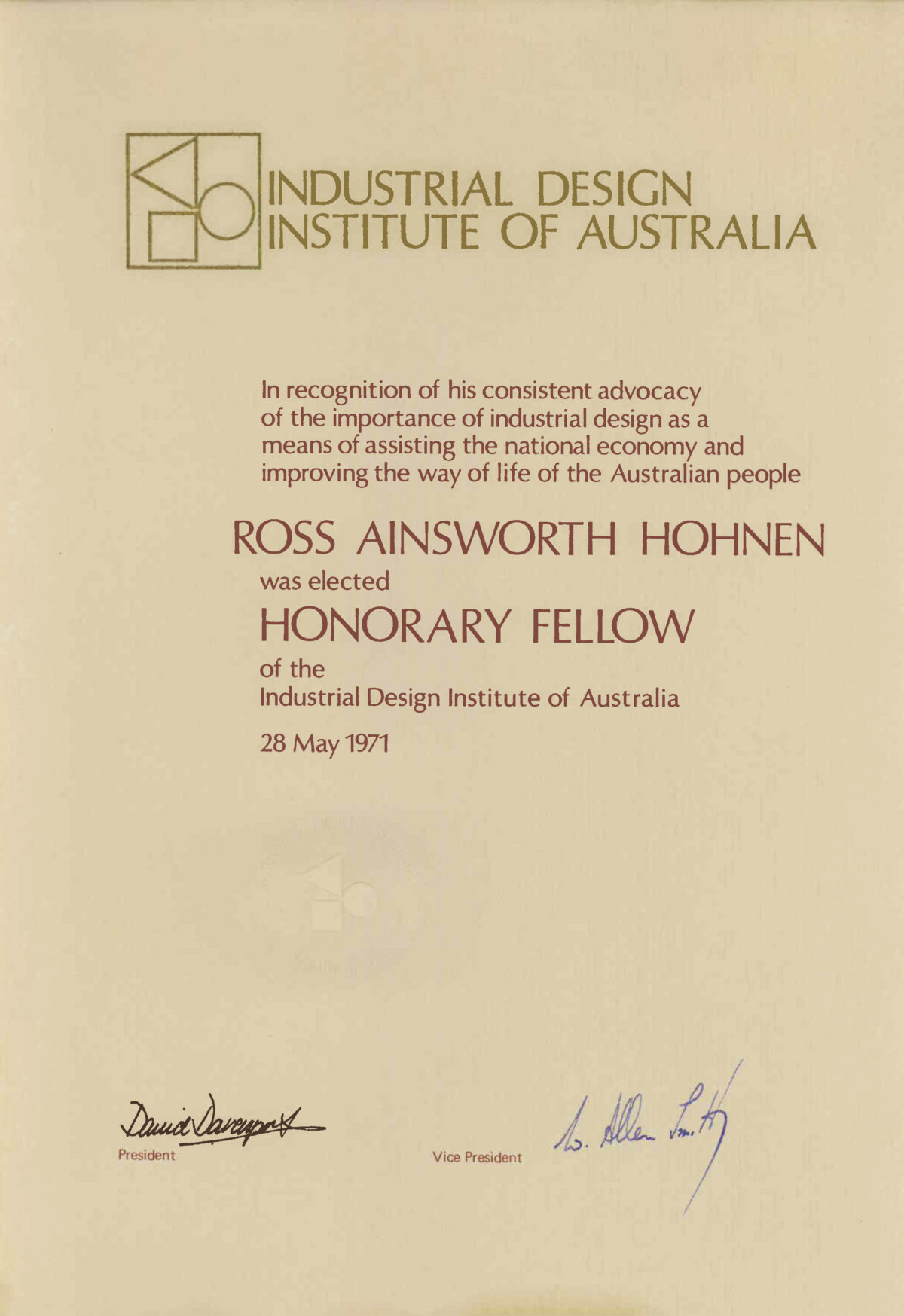 Ross Hohnen was instrumental in 1957 in enabling Fred Ward and myself to establish the Industrial Design Council of Australia and the ANU Design Unit would not have been established if it were not for his foresight in sensing that design was a fundamental factor in the development of the ANU campus. He was a member of the IDCA from its inauguration and later became Chairman in the 1970s.

I had the honour of initiating this Honorary Fellowship and of designing the certificate in 1971.

The function was held in the lower private dining room of University House at ANU, Canberra on 28 May 1971.

The IDCA became the DIA later on (early 1970s ?) at around the same time that the IDCA dropped the ‘Industrial’, on the premise that design had a much wider spread of influence and relativity. 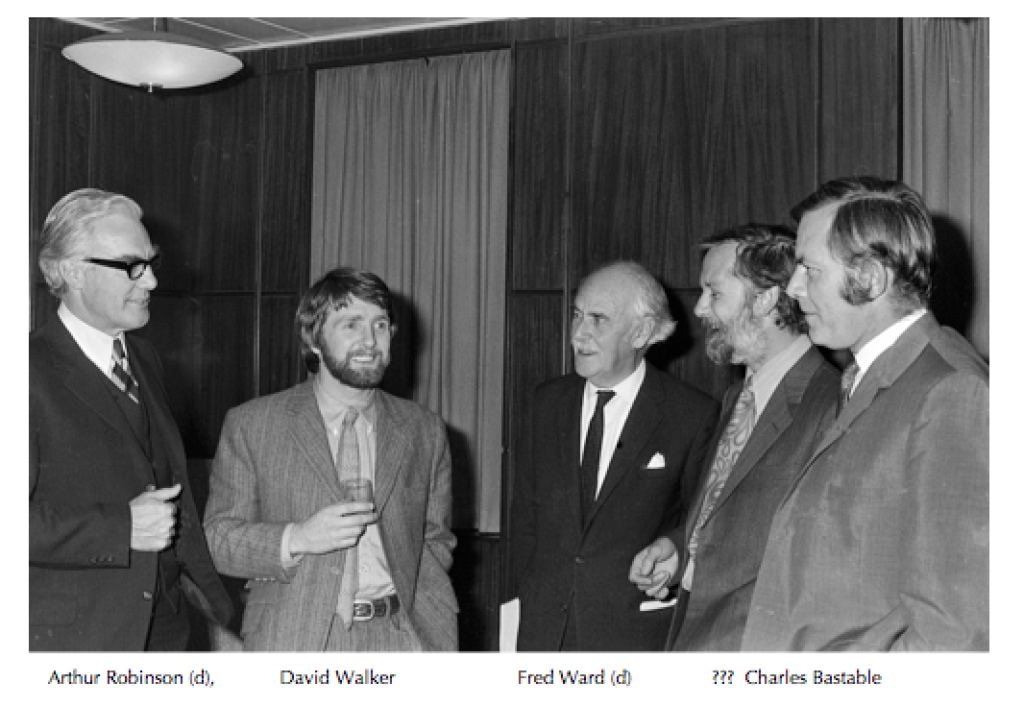