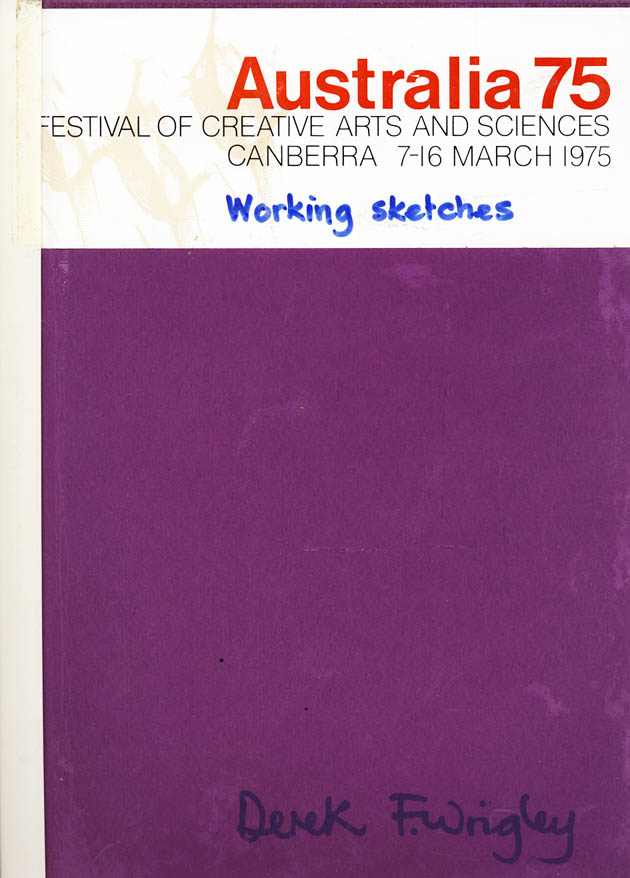 The ACT Government hosted the Australia 75 Festival of Creative Arts and Sciences and I was asked by the Vice Chancellor to design the main exhibition in Melville Hall as ANU’s contribution to the Festival. There were many exhibits which explained what the arts and sciences in collaboration with Australian industries and universities had contributed to the community. I had to explore the essence of each concept and design an explanatory exhibit in very small spaces. The Hall was in darkness to allow UV light to play its part along with task lighting and it produced enough light to enable the public to find their way around the exhibits. The Moon Rock was displayed (ANU was analysing it), CSIRO explained how wool could be permanently ????? SIROSET ? ++++++

The wizardry of computers were not yet generally available in 1975 and played little part in this exhibition so the whole exhibition relied on simple audio-visual techniques, pictures , words and the technical equipment behind the concepts. It was a major exhibition for Canberra, very detailed but easy to understand – it was a great success. 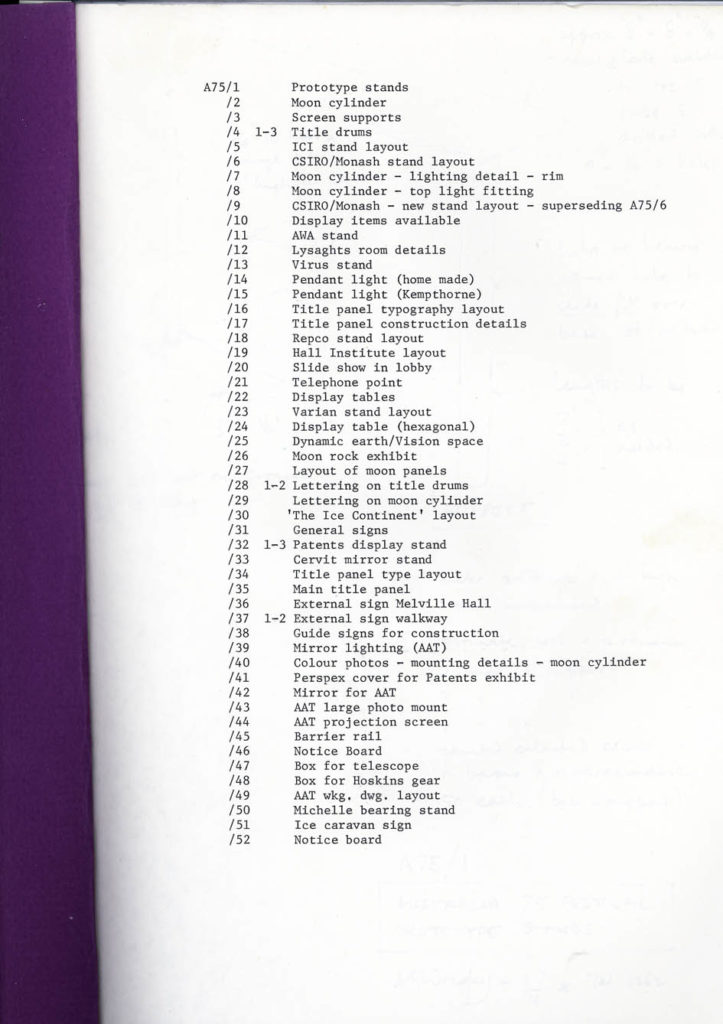