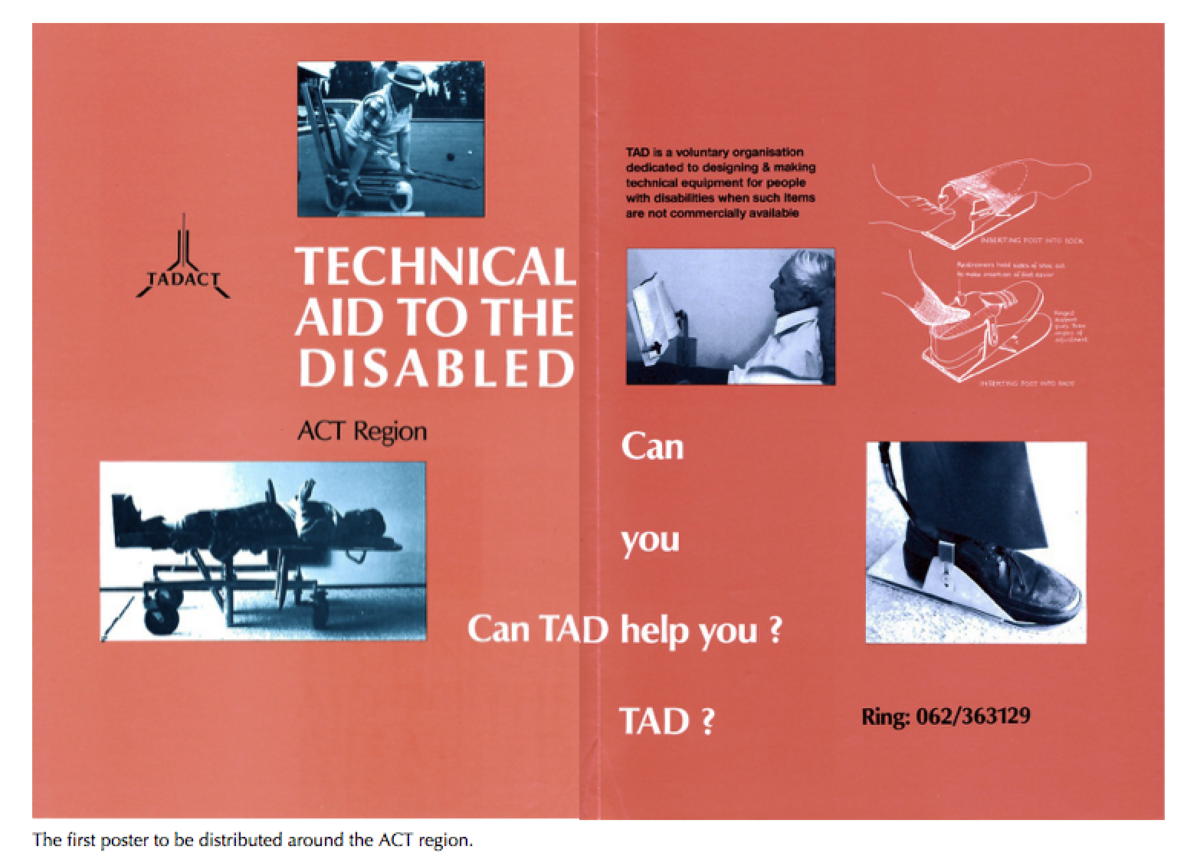 Soon after our formation of TADACT in the ACT region we needed to spread the word around Canberra that we were open for business as a new organisation which could combine creativity with useful results and also that we needed volunteers willing to carry out the ideals inherent in its aims.

It was a great success and we had around 100 volunteers with their own workshops very soon after.

My job was to record the ‘need’, ascertain what sort of skill was needed to resolve it and match it with the skills of the volunteers we had recorded in our books and get it moving.

It worked well for many years and one year we managed about 400 projects.

It was a most rewarding period for me as I was able to make a design input into each project.

All the projects shown on the poster were the difficult ones I tackled in my Burra workshop.

See also the section on Disability design for the numerous other projects I had to take on for one reason or another – it was a very busy few years .