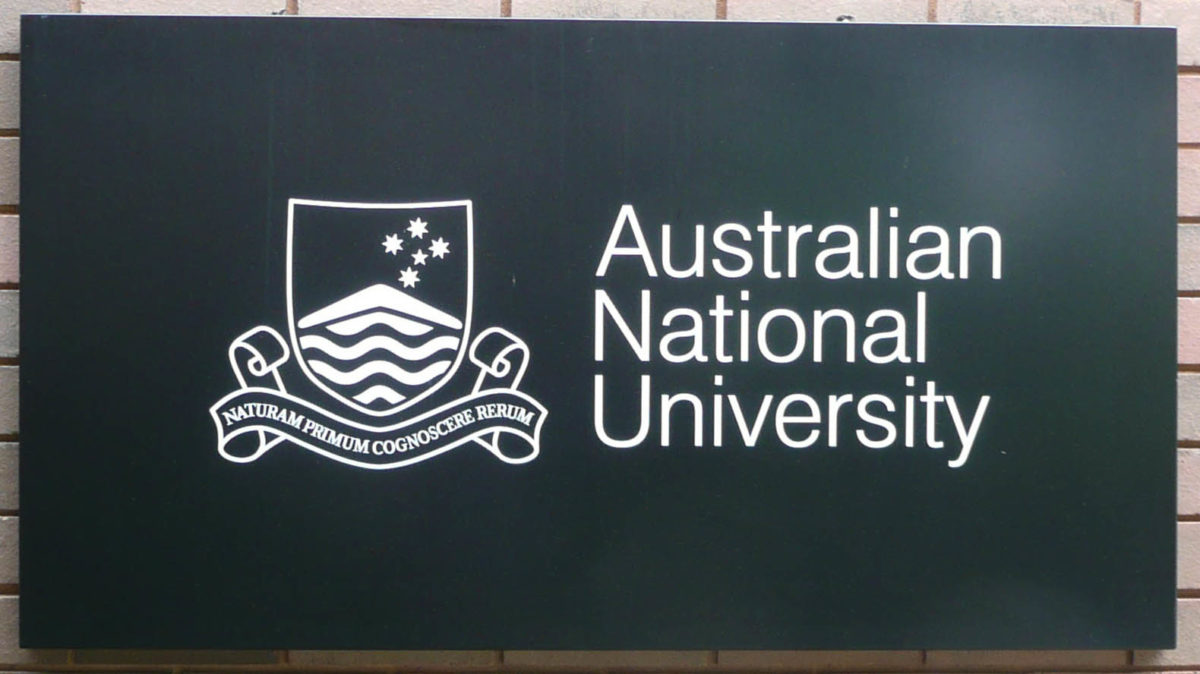 Sign at the Chancelry entrance. Note that the A does not sit gracefully on the N of the ANU – a typographical glitch. The arms are my design as agreed policy but note that the ribbon lettering style is not followed through by the main title which good policy would require.

In the 1960s I proposed and implemented a signing system which integrated the street signs, direction signs with the building names and carried it through right up to 1977 when I retired from ANU. It was a distinguished font called Garamond Bold which was a respected typeface and of suitable weight to be read easily at a distance. It was chosen partly because its roots are deeply embedded in 16th century history as are those of universities – a subtle cultural link.

GARAMOND I made slight modifications to it to make it easier to engrave or rout out of plastics or metal and it served us well with no complaints being received.

A few years after my retirement a graphic firm re-designed the street names to meet changing needs and they respected and continued with the agreed modified Garamond font.

However, in 2015 I discovered the above sign at the Chancelry which does not continue the agreed Garamond policy. It is also badly located on the building and thus serves no real function other than to confuse the established ANU image and clutter up the formality of an important university entrance.

Consistency is critical for recognition in branding any product and naming a variety of buildings in an institution is no exception if a feeling of administrative competence is to be conveyed to the viewer. The above example is quite inconsistent and shows administrative incompetence and insensitivity to appropriateness, not only in authorising the design but in not making the designer aware of the agreement of years ago that the ANU had already established its corporate identity which required consistency.

In addition, the new typeface is quite inconsistent with the existing sandblasted CHANCELRY and HUMAN RESOURCES signs on the glass panels above the entry doors and other smaller lettering on adjacent signs. This aggregation of ill-considered signs is the beginning of the Parramatta Road Syndrome and quite inappropriate for a main university entrance. 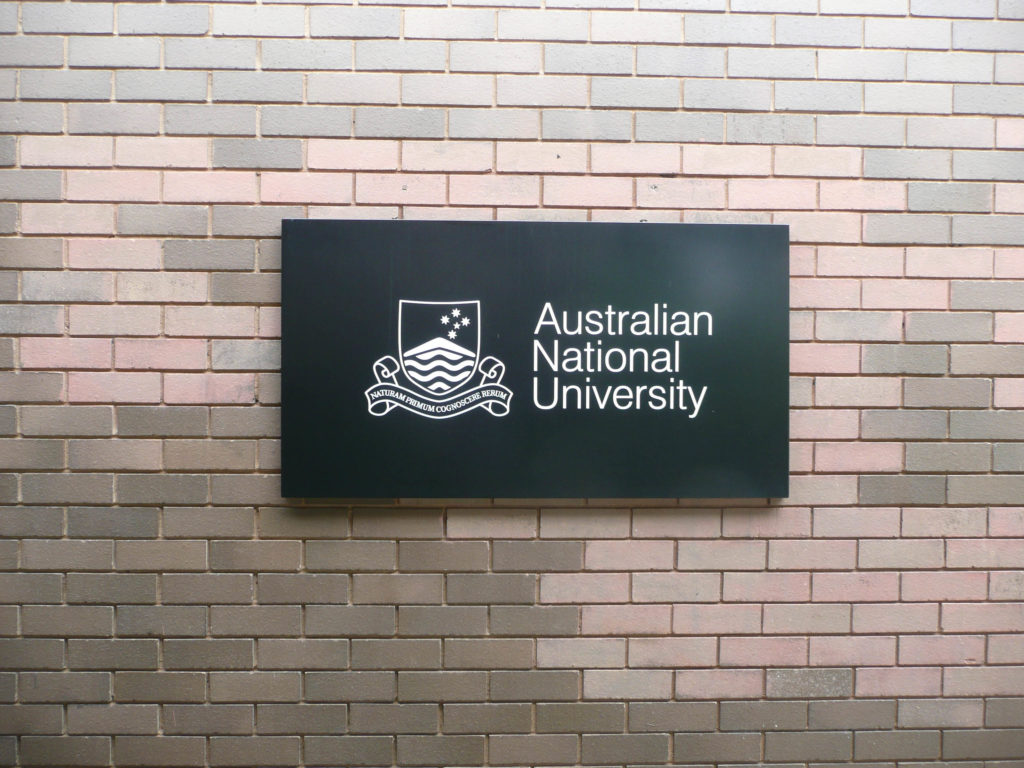