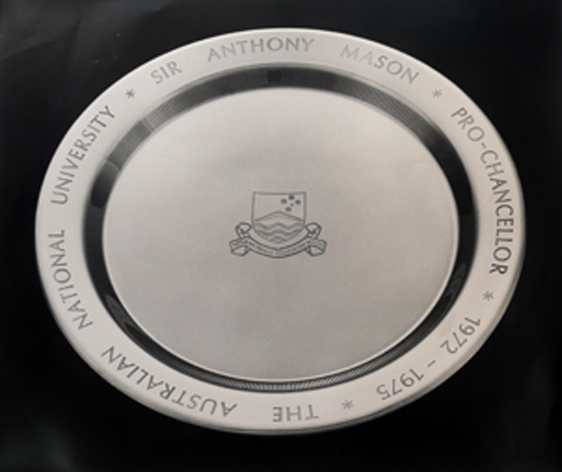 The Vice Chancellor of the ANU asked me to design a silver salver to present to Sir Anthony Mason who had been Pro-Chancellor from 1972 – 1975.

While the design was in retrospect the relatively easy part of the exercise with the lowest risk of failure, the execution of the engraving represents the highest degree of risk involved in the art of craftsmanship, demanding the highest degree of skill – (Paul Mlakar –engraver, Mitchell, ACT ).

The slightest error in setting out, the smallest mistake in adjusting the engraving tool at any time would ruin the whole effort, requiring another salver to be made. It must have been a nerve-racking process for the engraver, but few among us today recognise the concentration and attention to detail which are so effortlessly demanded in producing such an exquisite achievement.

The typeface is Optima Outline. While the actual engraving was executed by a machine its setting up would have had to be calculated and adjusted by a human error-prone mind. Letter spacing is an art of its own and demands a high order of eye, brain and hand coordination for success.

We take so much for granted in this world. 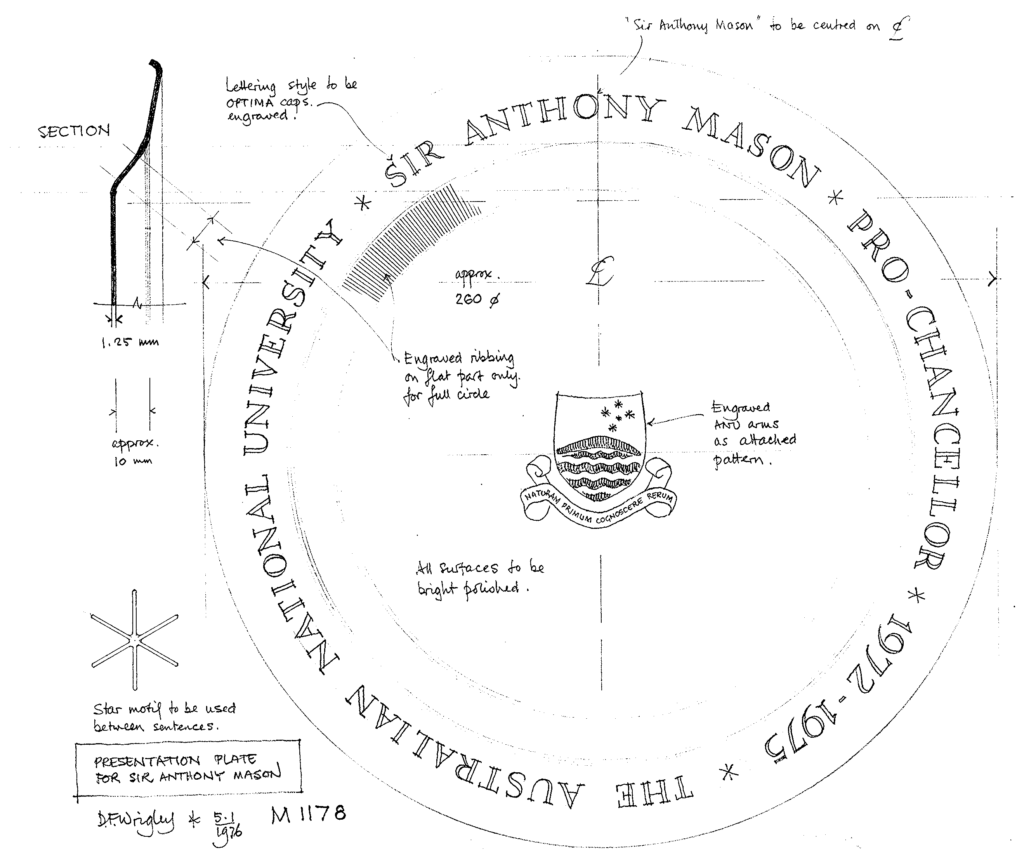