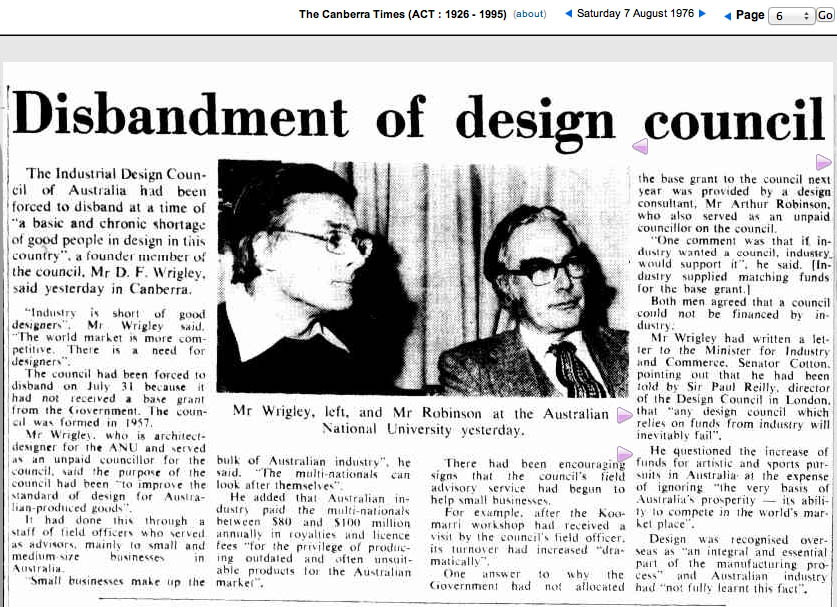 Fred Ward was the real initiator of the Industrial Design Council of Australia but as Secretary of the newly formed Society of Designers for Industry (NSW Chapter) I wrote a letter in 1956 to Dr H.C.Coombs, Governor of the Reserve Bank of Australia stating our view that Australia needed an IDCA.

Fred had been saying the same thing to Ross Hohnen (Registrar of the ANU) who gathered together a small group of very influential people in Canberra to discuss the formation of such a body. Ron Rosenfeldt and I were invited to attend and eventually Fred asked me to join him in his ANU Design Unit which I did in January 1957.

Thus started the IDCA in our office – see the chapter in my biography about this and its eventual disbandment in the late 1970s.

As I say – very short sighted.