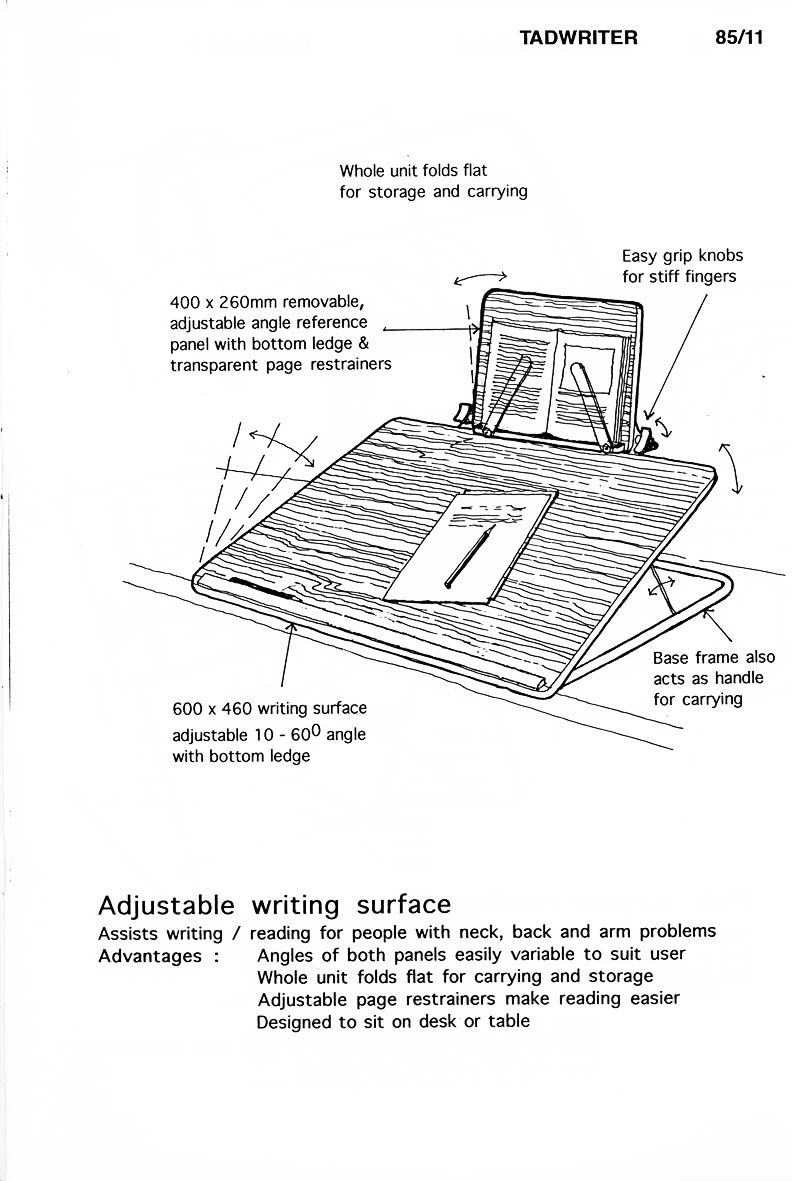 This design resulted from a request to TADACT by the Dept. of Customs and Excise whose staff were complaining of sore arms from holding up entry cards for perusal from people arriving in Australia.

The Tadwriter became very popular but no TADACT volunteer was keen on taking it on so I set up my workshop to produce them.

Eventually over 500 had been produced by the time I retired in 1991 from TADACT and TADACT Productions but the stimulus was not there and it was discontinued.