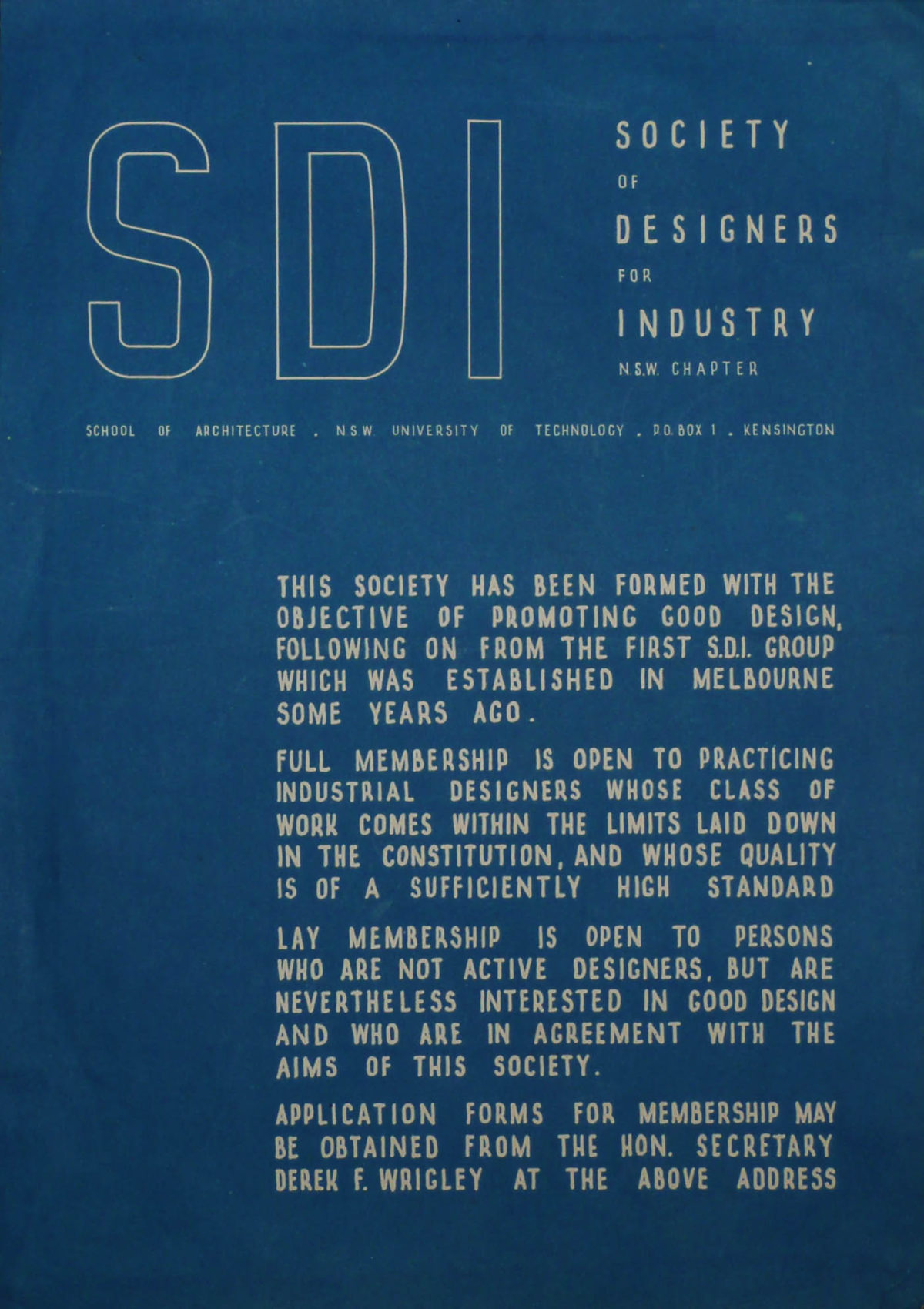 This hand drawn poster by me was produced around 1953/4 when I was still at the University of Technology. Pre-computers !

While building my second DeeWhy house (1952-56) I became aware of the SDI in Melbourne which I joined and then initiated the formation of the SDI (NSW) chapter. ……

The original poster is still in my possession, currently stuck on to my cupboard door in my study, otherwise it will be in the Portfolio entry as ‘Social design’ and as Graphic design – or in my plan drawers in the workshop. It is now a significant historical piece in this entry of the beginnings of the DIA – the Design Institute of Australia, now established in Collins Street, Melbourne, web : www.design.org.au There is also a second poster – see entry in ‘Graphic design’ : 1954? SDI Poster, both drawn by hand in the pre-computer days.