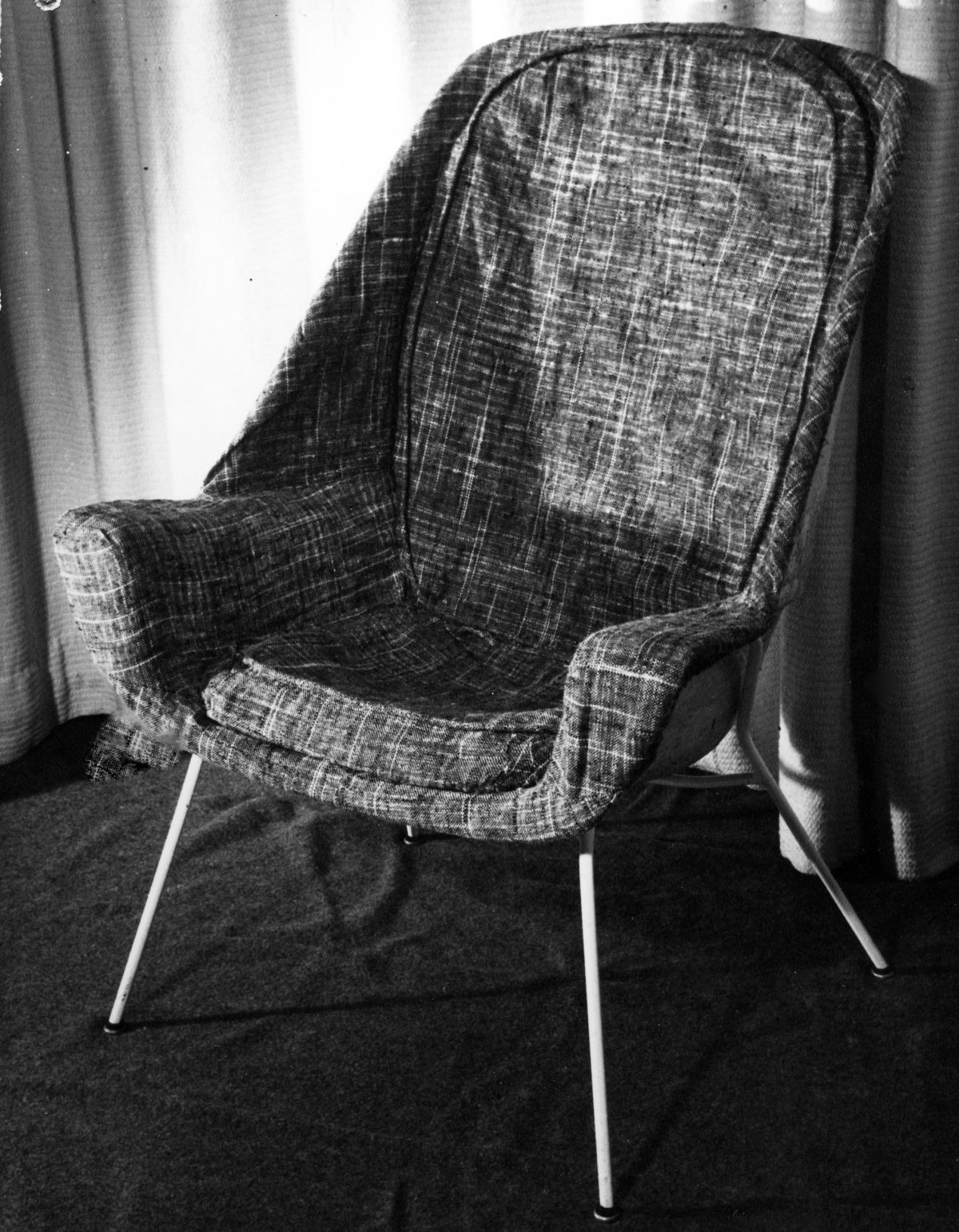 During the construction of my second house on top of the quarry at Deewhy from about 1951 to 1956 I experimented with a prototype shell chair with arms on a steel rod base.

A negative plaster mould was made, inlaid with glassfibre matting on which was poured a mixture of polyester resin and hardener which set in a few hours. 50mm sponge rubber was glued in with a sewn upholstered cover.

It was strong, comfortable and subsequent enquiry around 2012 with Composites Australia seemed to indicate that as polyester resin had only appeared on the Australian market around 1952 this chair could very well be the first shell fibreglass in Australia.

Unfortunately, when I sold the house in 1956 to John Laws I left the furniture in the house and despite enquiries to Laws I have not heard back from him. 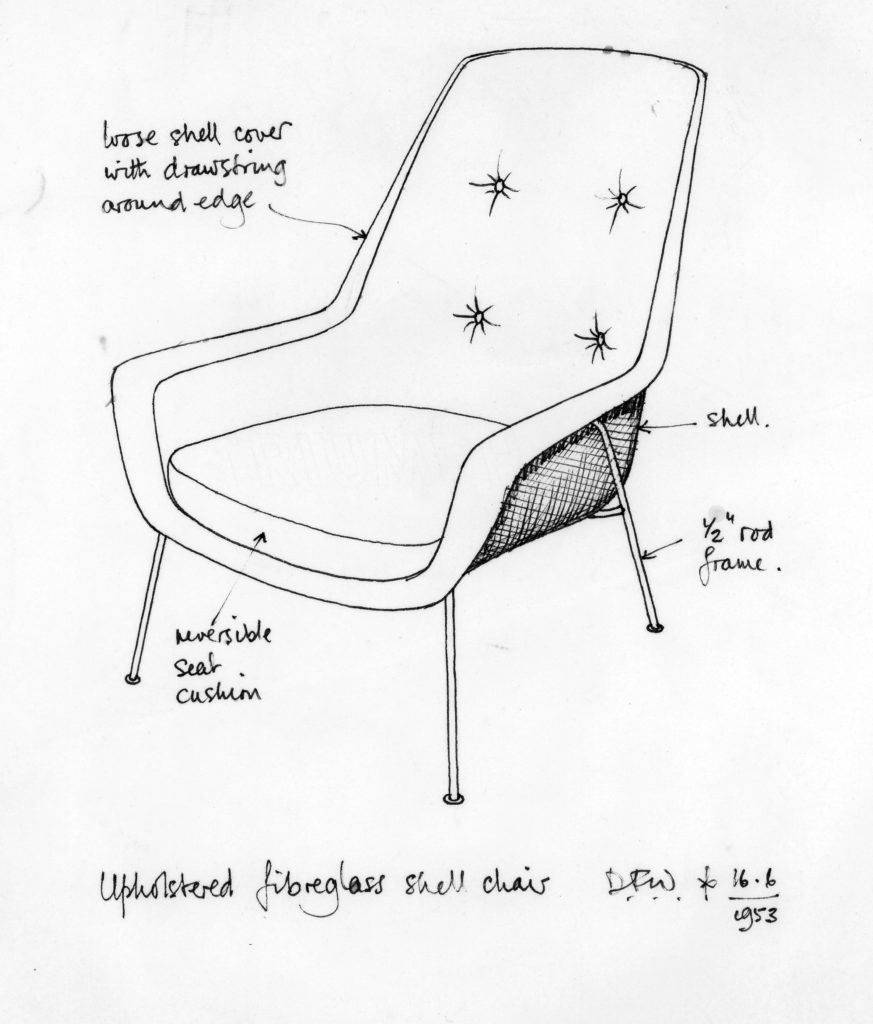