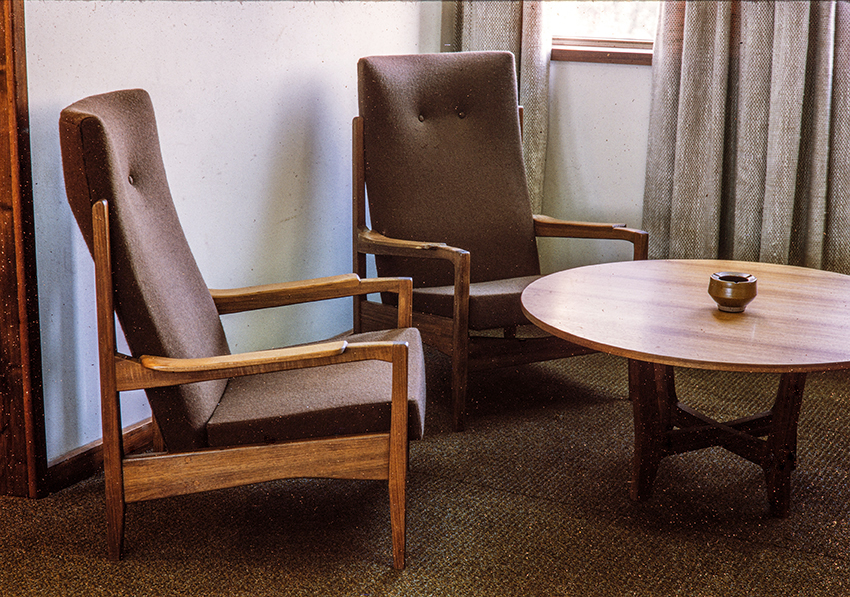 This high-back armchair is one of my most graceful chairs and was used throughout the Chancelry – in the ante room to the Mills room, and various senior offices, also in the GF lobby waiting area.

I made the mistake of putting a couple in the Vice Chancellor’s office (Sir John Crawford) who was of rather short stature (and very sensitive about it) – he didn’t like them !

The table was one of Fred Ward’s designs to maintain some sort of continuity between his style and mine which were not too dissimilar.

Cigar ash retainer as in the Mills Room by request of Ross Hohnen – made by Les Blakebrough.